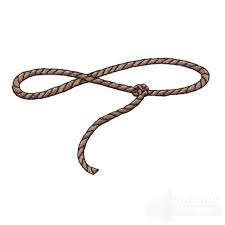 Let’s face it, writers: Finding a literary agent often feels like an impossible quest. Whether in a pitch room or on the other end of an email, agents can seem like Zeus glaring down from Olympus, eager to zap mere mortal authors with bolts of rejection.

But now it’s a new year, and it may be time to take another look at how you think about agents. For the past two years, I’ve had the pleasure of acting as Agent Wrangler Liaison for the Independent’s Washington Writers Conference. After speaking with dozens of agents over this time, I’ve gleaned some general observations:

1. Agents are searching, too. Agents are not just in business to reject you! They’re actually passionate readers looking for those special manuscripts that make their hearts beat faster. The catch is, they have to be excited enough to take up the “sales” baton and shop your manuscript out to publishers. If they want to cut through all the competition to get your book noticed, they need to love it as much as you do.

2. “No” means “no match,” not “no good.”* Agents don’t enjoy saying “no” any more than authors enjoy hearing it, especially face to face at a pitch table. They really do worry about authors feeling rejected as human beings, when what a rejection actually means is that the agent knows they would not be the best possible advocate for your manuscript. The matter is especially delicate when it comes to something as intensely personal as memoir. But the hard truth is, it’s difficult to get a publisher interested in memoir unless the author is already well known or has a truly unique background. As much as agents hate being the source of rejection, it would be even worse to spend both of your time on a project they aren’t 100-percent confident they can help you with.

*Disclaimer: This is contingent upon the amount of effort the author has put into making sure their book is truly ready. Workshopping, multiple rounds of edits, beta readers, and maybe even a professional editor should be on your list of steps toward this point.

3. Agents move around. Every year when I send our conference invitations and follow up with phone calls, I find that agents have moved on from their agencies, and in some cases left the publishing industry altogether. I also get referrals to new agents who are just starting out and looking to build their lists. So for writers who may be losing hope — don’t. You could look at it like literary Tinder: There will always be new potential partners out there, so there will always be another chance to find the right fit (keeping the previous disclaimer in mind).

4. The quick pitch. Don’t be intimidated at pitch sessions — agents are there because they want to hear from you. Have your talking points ready, but don’t be surprised if an agent cuts you off to ask specific questions. They know what they’re looking for, and they also know how quickly 5-10 minutes zips by. See? It’s already over.

5. Yes, your protagonist’s trapped in a post-apocalyptic world run by sentient crickets, but why should I care? Agents are more likely to fall in love with your characters than your concept. No matter how intriguing your premise, agents tend to be more interested in who’s running around the world you’ve created, what they want, and what’s keeping them from getting it. Character and conflict: those things your writing instructor kept pounding into your head are the same things the agents are looking for too — even in genre fiction.

So, you’ve queried. Yes, you can follow up…with caution. Agents have a high volume of email and lots of things competing for their attention. Many use their weekends and holidays to catch up on reading manuscripts. But don’t call them to follow up on your submission.

On their website or their email autoreply to your submission, most agents will specify expected response time and whether they will respond to everyone or just those in whose queries they are interested. So please don’t call. I know, I just told you I call them, but a conference invitation is an entirely different animal.

As long as you wait until after their stated response time, you can follow up with an email regarding your submission.

Just not by phone.

6. Your manuscript is never finished. Congratulations, you have an agent! And congratulations, you still have a lot more work to do on your manuscript. One writer I know had to convert his entire manuscript from first person to third person before publication. Another writer friend is working with her agent to refine some of her characters’ storylines and even change the climax and ending. It may seem bewildering, maybe even frustrating, but getting this level of guidance from an industry expert is a great “problem” to have.

New year, new energy, authors! Wipe the cobwebs off your old manuscript and take a fresh, honest look. You may decide to revise it (again) and go for a small press or self-publish. But if you decide to take another crack at finding an agent, take heart: This could be the year you find your match.

With a BA in English and an MA in German, Tara Campbell has a demonstrated aversion to money and power. She volunteers with 826DC and the Washington Writers Conference, and reads her crossover sci-fi at the Inner Loop and the lowercase. Since taking on the mantle of Agent Wrangler, she’s talked to more agents than she ever thought she would in her entire life.

Is that a hanging chad in your pocket, or are you just glad to see me?