Part 3 of a scintillating four-part series… 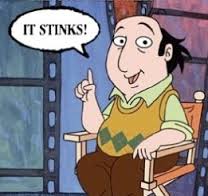 A well-thought-out critique can take my work to the next level. A critique that feels like someone is asking me to catch a live grenade is not so helpful. Learning how to give constructive feedback and also how to graciously — or as graciously as I can manage — accept feedback on my work was an important step in seeing myself as a writer.

I’m still early in the process and I still have lots to learn. But I’ve thought a lot about giving and accepting critiques and would like to share a bit of that with you.

Give feedback on what can be changed and, if possible, suggest changes. There’s nothing worse than someone saying, “I really hated your main character. Now go fix her.” Um, okay. What exactly is wrong with her, and how would I go about fixing her? Not helpful. If you can give me specifics like, “She’s too mean to her mother,” or “She constantly says ‘holy cow/holy moly/holy everything,’ and it’s uber annoying.” I can work with that.

I once wrote a scene where I had factually inaccurate — but necessary to that scene — information. Someone in my group pointed it out, and after researching the item, I realized she was indeed correct (smarty pants!). Only I didn’t know what to do about it, and neither did my group. In the end, I had to scrap the scene and write a new one that was consistent with the facts. It was painful, but I was grateful that the error was caught before I tried to sell the manuscript.

Critique as you would want to be critiqued, make sure you remember to praise the writer for what he or she did well, and never make it personal — not as a reviewer and not as the person whose work is being critiqued. When I’m in a writing group, I need to know the members have my best interest at heart. I’m not asking them to blow smoke up my, er, manuscript, but I shouldn’t leave the group feeling stomped on — even if it turns out my submission needs a lot more work.

And you know what? Not everything I write turns to gold. Shocking, I know. But with the help of the right group, I get consistently better at my craft. I say the right group because if you have members that belittle you or your work, you won’t get the benefits a writing group should offer. That’s on them.

But a thick skin? That’s on you. It’s hard to hear someone say something critical — even constructively — about something I wrote. I don’t like it, and at times I might even sniff and think to myself, “Well, I’d always thought [insert name of offending member] was so insightful. Just shows I can be sooo wrong about a person.” But the key is to keep the grumbling to myself and do my best to hear what they’re trying to tell me.

Because, ultimately, it will make me a better writer and prepare me for rejections from people (agents, editors, publishers) who don’t necessarily have the same “we’re in this together” mentality. The members of my writing group like me. More importantly, they like my writing. That’s why we keep working together and why, when they say something that’s hard to hear, I still try my best to hear it — especially if there’s majority agreement on the point.

Don’t expect your group to put in a ton of work on your draft if you aren’t willing to do the same. There’s nothing worse than taking time to read and review someone else’s work, only to find my colleague didn’t bother to read my submission. I take my responsibility to my group seriously. I read everything they send me and do my best to comment on it. Some stories are so marked up with red that it looks like I stabbed myself with my pen and bled out on the draft. Others only get the occasional red mark, but I will list points at the end I’d like to see addressed. Regardless, if I expect them to make an effort with my work, I will make an effort with theirs.

Everyone has a different way of critiquing. I usually have to read something twice: once as a reader and once with my red pen. That’s just me. I’m a big-picture, overarching-structure kind of gal, so I really need to read something as a whole and then go back and dissect its elements. However, my writing group also has a couple of professional editors, and they can’t possibly pass by a sentence that CLEARLY has something WRONG with it. They go line by line until the story’s finished. And that’s just fine. Freaks.

Keep a checklist of points you want to look at when reading a story. Some common points to review are the opening, conflict, plot, setting, characterization, dialogue, POV, show vs. tell, and, of course, grammar and spelling. I don’t have the space here to go over all the points individually but will address them in the final article of the series.

Speaking of which, stay tuned for the next exciting installment: Critique Checklist, or “Hey, Am I Doing This Right?”

Meg Opperman is a recovering academic. Her column appears monthly in the Independent.

Honing my work habits a thousand words at a time.