Book Blog in Prose as Profession 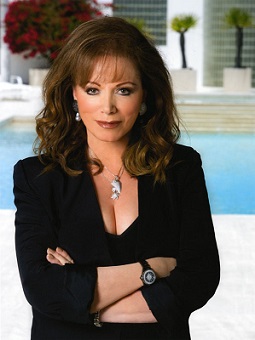 I’ll always remember the day I received a signed photo from Jackie Collins. I had written to her on several occasions, and this latest time, she was gracious enough to send along a personalized picture. When she died just days later, I knew I would treasure her picture forever.

As I mourn her loss along with the rest of the world, I remember this iconic author for the impressive number of books she managed to turn out. When she began her career in the late 1960s, I bet she never dreamed her books would go on to sell 500 million copies worldwide or that some of them would be made into movies. Jackie’s vast list of achievements inspires me to strive for that same astronomical success.

Her prose is like a familiar friend. It can transport us to places most of us only dream about, and one never knows what is going to happen next when in the middle of a Jackie Collins novel. She made writing look so simple, but such is the gift of great novelists.

Critics found her style too bold at times, but this never bothered her. She remained true to her work, giving readers what they wanted and always holding their attention until the last sentence.

The way Jackie wrote her books is as fascinating as the writing itself. All of her manuscripts were written by hand. A typist would do the rest. With each novel, Jackie made sure not a word was changed. She tended to write the way she spoke. This no doubt infuriated critics even more, but she didn’t care. All that mattered to her was delivering a sweeping tale filled with intrigue, romance, and glamour.

The bravery and strength her female protagonists possessed spilled over into the author’s personal life. Like so many, she had to deal with pain and loss. She used writing as an outlet. From the time of her cancer diagnosis over six years ago, she chose to keep busy. This was the way she wanted to be remembered.

I recall when I was just starting to submit work to publishers and editors, I wrote to her. Because of the rigorous schedule she maintained, her assistant answered her correspondence. However, I will never forget the reply I received weeks later. Her secretary told me Jackie wished me luck in getting published.

From that day on, I kept her words in mind, especially when I’d send something out and wait endlessly for a response.

When Jackie died, I vowed to work harder than ever. If she could top the bestseller list with 32 consecutive books, so can others.

As we say goodbye to this gifted writer, let us keep in mind all she did for those of us who’ve chosen to follow in her path. Jackie Collins brought joy to so many people, and it’s up to those of us who’ve been touched by her work to keep her memory alive.

The Courage to Continue

Never let rejection stop you from pursuing your publishing dreams.

It’s Not You. Really.

Turning rejection into a positive experience