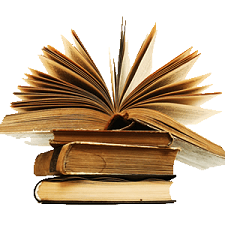 One of the questions the New York Times Book Review has sometimes asked in its “By the Book” interviews with writers and celebrities is whether there’s a work they feel they should have read but never got around to. Sometimes the editors even qualify it by calling it a book “you’re embarrassed for never having read.”

I consider myself not exactly a voracious reader but a steady one. I majored in English in college and have pursued a career in journalism — and published four books. But I’ll confess that there are at least three classics I’ve never read: Moby Dick, Don Quixote, and Ulysses.

Not for lack of trying.

I’ve started Moby Dick on several occasions but never got very far. I bought Edith Grossman’s 2003 translation of Don Quixote in the hopes that would inspire me to finally read this major work of literature, but that hasn’t happened yet. And I took an “Introduction to Ulysses” course at Politics and Prose, which I enjoyed, but I never plowed through the book.

It’s of course not enough to say that I saw Gregory Peck in the movie, or listened repeatedly to “The Man of La Mancha” soundtrack and saw the 2015 production at DC’s Shakespeare Theatre, or even that I really enjoyed visiting Dublin.

A member of my wife’s fiction book group recently suggested they read some classics, to which she responded that she’d read all the classics she wanted in high school and college. For book-group discussions, she prefers more contemporary authors.

Diane Johnson, whose newest novel — Lorna Mott Comes Home — was released this week, said in last Sunday’s “By the Book” interview that it would be a good idea for people to read books like Jane Austen’s Pride and Prejudice twice — once in your teens and then again after 40, when life experience gives you a different appreciation of it.

It’s undoubtedly true that many would benefit from reading some classics (again) later in life, but we all have to make choices when there are so many books and so little time.

I realize by now that I may never read a couple of voluminous classics I’ve had sitting on my shelf for decades, saving them for retirement. Robert Musil’s The Man Without Qualities and Marcel Proust’s In Search of Lost Time have always appealed to me for their stylistic elegance and sense of place and time. Alas, they are both very, very long, and my attention span has grown short.

Also, our sensibilities about what constitutes a classic are shifting in the new century. Many high schools and colleges are revising their curricula to highlight other aspects of American culture than those found in 19th-century British novels.

My wife and I belonged to another book group that set out to read books dealing with Black American issues. We read many of the new classics, including Ibram X. Kendi’s Stamped from the Beginning, Robin DiAngelo’s White Fragility, and Ta-Nehisi Coates’ Between the World and Me, as well as old classics like Ralph Ellison’s Invisible Man and James Baldwin’s The Fire Next Time.

Perhaps that’s why the Times has stopped asking people about what they should have read. Now they tend to ask what book the interviewee considers overrated. Diane Johnson said The Goldfinch, and Lionel Shriver, author of The Mandibles, said A Confederacy of Dunces.

As it happens, I liked both those books, by Donna Tartt and John Kennedy Toole, respectively, very much. Better, in fact, than I liked The Mandibles, which is among the ones I never finished (and I’d never heard of Johnson before I saw her interview).

De gustibus non disputandum est. And the same goes for books old and new. It’s not for anyone else to tell us what’s overrated or underrated, or to dictate what we should or should not read. Everyone has their own taste in reading. Thankfully, there are so many books.