A Book I Love Giving as a Gift Is…

Okay, it’s not always better to give than to receive, except when it comes to these favorite titles! 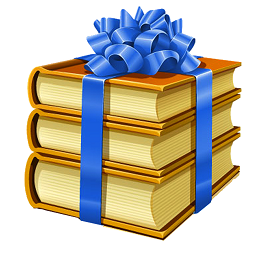 The Tears of Autumn by Charles McCarry. “Someone recommended I read it and said I’d be hooked on his writing. I did and I was, and I read all his [other] books thereafter.” ~Ronald Goldfarb

Whale Day: and Other Poems by Billy Collins. “Any poetry collection by Billy Collins, but 2020 gave us Whale Day, which I gifted a number of times before the holiday season.” ~Drew Gallagher

The Obstacle Is the Way: The Timeless Art of Turning Trials into Triumph by Ryan Holiday. ~Talmage Boston

Bird by Bird: Some Instructions on Writing and Life by Anne Lamott. “This truly is the gift that keeps on giving. I always assume that any copy I give is destined to become dog-eared, and I can think of no higher praise than that.” ~Heidi Mastrogiovanni

Buddha, Vol. 1: Kapilavastu by Osamu Tezuka. “I love to give the gift of the first volume of Tezuka's wonderful Buddha series. It's such fun to get hooked into the history, the pageantry, the philosophy, the drama. Tezuka is a genius, and Siddhartha is a perfect subject. But I don't give the whole series as a gift as that would be too expensive!” ~Y.S. Fing

The Collected Poems by Stanley Kunitz. “I heard Mr. Kunitz read in New York in his late 90s, and subsequently visited Cape Cod, where some of his poems are set. This year, we spent a week in Wellfleet, where the “Wellfleet Whale” was beached. “Haley’s Comet” is one of my favorite poems about loss, having misplaced my own father, or perhaps he misplaced me. I realized that it was not uncommon for a person to grow up in search of this storied parent who, in my case, never truly existed.” ~Leeya Mehta

Archangel: Fiction by Andrea Barrett. “Barrett's intelligent and moving short-story collection is one I have given to many and recommended to still more. Conscientious scientists of the previous century face personal and professional struggles as their research overthrows some of their most cherished premises and beliefs. The stories are interconnected, with characters appearing in different capacities from one story to the next.” ~Amanda Holmes Duffy

A Child's Garden of Verses by Robert Louis Stevenson. “It's my go-to baby gift. Reading poetry aloud (heck, reading anything aloud: War and Peace, the Cheerios box) got me through some long, sleepless baby nights.” ~Ellen Prentiss Campbell

The Company Daughters by Samantha Rajaram. “This holiday season, I'm gifting at least two copies of this gorgeous historical fiction of two Dutch women swept into love and human trafficking in the 17th century.” ~Carrie Callaghan

The Grapes of Wrath by John Steinbeck. “It's a true test of how much the reader identifies with the most desperate among us.” ~Chris Rutledge

The Hour: A Cocktail Manifesto by Bernard DeVoto. “DeVoto is a persnickety fellow and assertively confident about what should or should not be done in the world of cocktails. But the voice is a joy, and the perspectives on then-modern life might well resonate with readers today, too.” ~Art Taylor

The Once and Future King by T.H. White. “This is a great gift for a middle-schooler who loves to read. It was my version of a Harry Potter book, filled with magical writing as well as magic, and perhaps the first book I chose to buy for myself as a kid.” ~Jennifer Bort Yacovissi

Courting Mr. Lincoln by Louis Bayard. “This intelligent, compassionate tale of the future president’s complicated relationship with Mary Todd and Joshua Speed — arguably the two great loves of Abe’s life — represents historical fiction at its best. I’ve given it as a gift at least three times already this year, and that doesn’t even count Christmas and Chanukah.” ~Holly Smith

The Wonder Book of the Air by Cynthia Shearer. “Shearer’s 1996 debut was nothing short of astounding — navigating myriad perspectives within a single Southern family, each voice pitch-perfect, lyrical writing throughout. For years, if I happened on a first edition in a used-book store, I snapped it up, knowing I’d give it to someone sooner or later.” ~Art Taylor

A look at DC-based Paycock