Countless books have been written about the sweet science. Here are the seven best published since 2000. 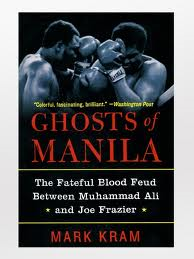 Ghosts of Manila: The Fateful Blood Feud Between Muhammad Ali and Joe Frazier by Mark Kram (2002). An artfully written, fresh perspective on heavyweight boxing’s greatest rivalry, Ghosts of Manila centers on the third fight between Muhammad Ali and Joe Frazier (1975’s “Thrilla in Manila”) and the resulting costs—physical, mental, personal, and professional—incurred by each fighter.

Unforgivable Blackness: The Rise and Fall of Jack Johnson by Geoffrey C. Ward (2006). The story of boxing’s first black heavyweight champion and the racially driven, sociopolitical backlash that resulted from his defeat of the white champion, Unforgivable Blackness brings vibrant life to its subject and his time.

A Fighter’s Heart: One Man’s Journey through the World of Fighting by Sam Sheridan (2008). While not focused specifically on boxing, A Fighter’s Heart is part well-told, varied look at the life and training of fighters across multiple disciplines, and part memoir of the author’s journey to join their world.

The Last Great Fight: The Extraordinary Tale of Two Men and How One Fight Changed Their Lives Forever by Joe Layden (2008). A look back at the 1990 heavyweight title fight between Buster Douglas and Mike Tyson, The Last Great Fight gives equal attention to Tyson and his lesser-known rival, while also serving as an interesting prelude for anyone interested in Tyson’s resurgent (entertainment) career and personal revival.

Tunney: Boxing’s Brainiest Champ and His Upset of the Great Jack Dempsey by Jack Cavanaugh (2009). The story of the boxing career of Gene Tunney—bibliophile, intellectual, establishment-outcast, and one of boxing’s greatest and most underappreciated pound-for-pound fighters—and his two defeats of one of the sport’s most beloved champions, Jack Dempsey.

The Ultimate Book of Boxing Lists by Bert Sugar and Teddy Atlas (2011). An accessible starting point for anyone considering dipping their toes into the history and lore of boxing, this comprehensive book of lists concerning everything boxing, from the greatest rivalries to the funniest fighters, is written by two of boxing’s most respected personalities.

Cinderella Man: James Braddock, Max Baer, and the Greatest Upset in Boxing History by Jeremy Schaap (2005). Cinderella Man tells the captivating story of Depression-era underdog boxer James J. Braddock and his rise to the heavyweight championship—without the Hollywood trimmings found in the superb 2006 film of the same name.

We here at the Independent love every piece we run. There are no winners or losers. Seriously, though, here are October’s winners.