These five new — or newish — tales may be wildly different from one another, but they have one thing in common: They’re all compelling, creative, and well worth the read! 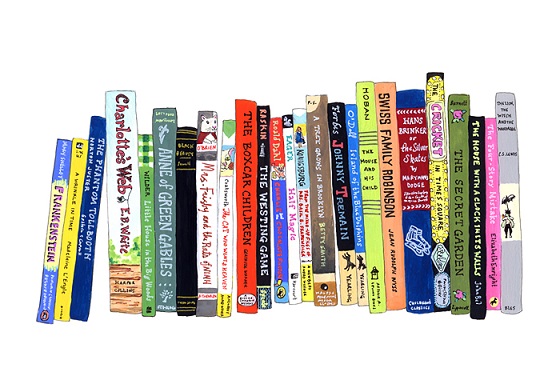 Ask Amy Green: Wedding Belles
By Sarah Webb
Candlewick
Recommended for ages 12 and up
In this final book in the Ask Amy Green series, the title character finds herself dealing with more drama than ever before. Not only is her mom getting married — and Amy’s partly in charge of planning the wedding — but her relationship with her longtime boyfriend is on the brink and her best friend needs her help desperately. Once again, the plucky heroine juggles it all in her reliable, fun way.

The Name of the Blade
By Zoe Marriott
Candlewick
Recommended for ages 12 and up
In this first book in a planned trilogy, 16-year-old Mio lives in London with her family, who stores an heirloom Japanese Samurai sword in their attic. When Mio impulsively borrows it for a costume party, she releases mythical creatures and danger she didn’t know existed.

Catch You Later, Traitor
By Avi
Algonquin Young Readers
Recommended for ages 8-12
A great read for the kid who enjoys history woven brilliantly into a thrilling mystery. Set in Brooklyn in 1951, the story follows young Sam Spade, who loves reading detective comics. But when whispers about his father start circulating around school, and a mysterious figure begins following him, Sam suddenly finds himself living the life of a real gumshoe!

Ship of Dolls
By Shirley Parenteau
Candlewick
Recommended for ages 8-12
It’s 1926, and 11-year-old Lexie has just moved to Oregon, where she lives with her strict grandparents. What she wants is to be with her mother — a singer — in California. When Lexie’s class holds a letter-writing contest to see which student will win a trip to San Francisco for a “Friendship Doll” exchange with Japan, she makes it her mission to snag the top prize. It may be her only chance to see her mom.

Winterfrost
By Michelle Houts
Candlewick
Recommended for ages 8-12
When an emergency forces Bettina Larsen’s parents to leave on Christmas Eve, they put Bettina in charge of the farm and her baby sister, Pia. As the responsible older sister, she is confident in her ability to handle things. But she forgets one task: the Danish Yuletide tradition of leaving a warm bowl of rice pudding for the Nisse, a fairy-tale gnome. It’s no big deal, though. Or is it?

What do book lovers have queued up on their nightstands and ready to read before lights-out? We asked one of them, and here’s what he said.