22 Great Books to Give (or Get) on Father’s Day

Need a last-minute literary gift for the dads in your life? Try one of these pater-worthy titles! 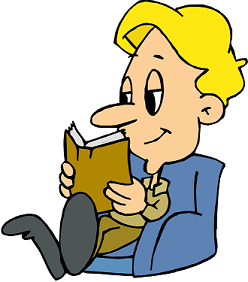 Duty: A Father, His Son, and the Man Who Won the War by Bob Greene. “This is a compelling story about a high-profile member of the Greatest Generation — Paul Tibbets, who flew the Enola Gay and dropped the bomb on Hiroshima.” ~Talmage Boston

Dad’s Maybe Book by Tim O’Brien. “This began as ‘a few short messages in a bottle that my kids might find tucked away in a dusty file cabinet long after my death.’ Tender, funny, and poignant, the book reveals O’Brien as father, magician, Vietnam vet, and reader (especially of Hemingway), as well as O’Brien not so much the war writer, but the anti-war writer.” ~Amanda Holmes Duffy

Growing Up by Russell Baker. “Poverty and love, struggle and success during the Depression. This is volume one of Baker’s memoirs.” ~David Bruce Smith

The Bureau of Misplaced Dads by Éric Veillé and Pauline Martin. “If you have a dad in your life with younger kids, he needs to have this book. We stumbled across this gem at a library sale years ago, and it’s one of my favorite kids’ books — funny and weird and memorable. But mostly weird.” ~Tara Laskowski

How To Be a Man (Whatever that Means): Lessons in Modern Masculinity from a Questionable Source by James Breakwell. “Breakwell has gathered a devoted following on Twitter and parlayed those anecdotal tweets of marriage and fatherhood into a book exploring the perceived roles of men and fathers and how spectacularly we tend to fail in those roles despite our best intentions.” ~Drew Gallagher

We Need to Hang Out: A Memoir of Making Friends by Billy Baker. “This is a heartwarming story about the dad bod — eh, more like the dad bud — making friends in middle age.” ~Toni Tileva

Tongue of the Prophets by Robert St. John. “This is a biography of Eliezer ben Yehuda, who revived the Hebrew language.” ~David Bruce Smith

Minka: My Farmhouse in Japan by John Roderick. “It wouldn't suit every father, but my son gave me this account of Roderick’s restoration of an old Japanese farmhouse. My late father would have loved it. Well written, great photos and anecdotes, and a meditation on finding one’s place.” ~Ellen Prentiss Campbell

The Return: Fathers, Sons and the Land in Between by Hisham Matar or The Beautiful Struggle: A Memoir by Ta-Nehisi Coates. “Both of these get at the complexities of fatherhood, its beauty and its shortcomings.” ~John P. Loonam

Walking with the Wind: A Memoir of the Movement by John Lewis. “One of my favorite things about my dad, an immigrant from a minuscule and lovely town in southwestern Germany, is that he’s always interested in learning new things. He enjoyed this book at least as much as I did and was particularly touched by the anecdote of a 6-year-old Lewis preaching to his chickens.” ~Mariko Hewer

Going After Cacciato: A Novel by Tim O’Brien. “If you’re like me and have a patriarchal parental boomer (or older) in your life who can’t see how the mission has floundered, Tim O’Brien is there to remedy that. In this novel, there’s no mistaking the loss, waste, and emptiness both in the reminiscences of Paul Berlin with his father, and in the war-wanderings of Lt. Colson and his squad.” ~Y.S. Fing

The Best of Father’s Day: Ten Years of Teenagers by Hunter Davies. “A hilarious collection of Punch magazine columns by the same guy who wrote the first official biography of the Beatles. It’s out of print but can be found through used-book sources.” ~Randy Cepuch

How to Live: Or a Life of Montaigne in One Question and Twenty Attempts at an Answer by Sarah Bakewell and Anthony Bourdain’s posthumous World Travel: An Irreverent Guide. “My dad’s birthday is in June, which means I have to figure out two different gifts in the same month! This year, I am giving him these.” ~Alysia L. Sawchyn

How to Mars by David Ebenbach. “This is a great new novel to give about building community, family, and being a mensch on Mars.” ~Caroline Bock

The Capital of Basketball: A History of DC Area High School Hoops by John McNamara. “For the hoops fan among the dads in your life — or for you, Dad, to ask for — you can’t go wrong with this. McNamara, a longtime sports journalist and fan’s fan, captured a century’s worth of stories from the schools that developed some of the greatest players in the history of the game.” ~Jennifer Bort Yacovissi

Dombey and Son by Charles Dickens. “My favorite work by Dickens. A how-to manual on what not to do if you want to be a good dad.” ~Heidi Mastrogiovanni

Wait Till Next Year: A Memoir by Doris Kearns Goodwin. “This is a loving tribute to Goodwin’s childhood and the bond she forged with her father over the Brooklyn Dodgers.” ~Chris Rutledge

The Wild Laughter by Caoilinn Hughes. “This brilliant novel digs deep into the heart of a contemporary rural Irish family struggling to survive after the global financial crash and the death of the family patriarch. Fiction imparts the best lessons, and this one hits home.” ~Carrie Callaghan

Babies and Other Hazards of Sex: How to Make a Tiny Person in Only 9 Months with Tools You Probably Have Around the Home by Dave Barry. “Even if the dad in your life isn’t a big reader — and if that’s the case, I feel your pain — he’ll find himself laughing at this cartoon-heavy Barry classic. Even the index (‘Grandmothers, U.S. Constitution and, 41’; ‘Head, Mister Potato, 28’; ‘Mary, Bloody, 64’) cracks me up.” ~Holly Smith

Who are we to declare certain books "the best"? Instead, we offer here, in no particular order, some of our most-loved titles of the year.