10 Latinx Works You Should Be Reading

These titles deserve a coveted spot atop your TBR pile! 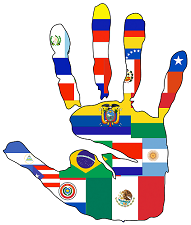 There’s nothing like curling up with a good book and immersing yourself in someone else’s story. It’s even better when that story introduces you to a possibly unfamiliar world. As Hispanic Heritage Month comes to an end, here’s a look at several Latinx works that deserve to be read and celebrated year-round.


Velvet Was the Night: A Novel by Silvia Moreno-Garcia (Del Rey Books). In 1970s Mexico City, Maite escapes a life of political turbulence inside the pages of Secret Romance magazine. But when her alluring neighbor Leonora suddenly disappears, Maite must learn what secrets Leonora was keeping and why a shadowy criminal named Elvis is also trying to find her.

Dominicana: A Novel by Angie Cruz (Flatiron Books). When, in 1965, 15-year-old Ana receives a marriage proposal from Juan, a man twice her age who promises to take her to New York City, she can’t say no. It’s the only way to make a better life for herself outside the Dominican Republic and bring her family to America. Once in the States, Ana quickly forms a connection with her brother-in-law, Cesar, a connection she has never made with Juan. With Cesar, Ana can be herself, go to the beach, take English lessons, and see a different side of the Manhattan she thinks she knows.

The House on Mango Street by Sandra Cisneros (Knopf). One of Cisneros’ most iconic works, this YA coming-of-age tale tells the hopeful and at times gut-wrenching story of Esperanza Cordero, a young girl growing up in Chicago’s Latino section.

Of Women and Salt: A Novel by Gabriela Garcia (Flatiron Books). This multi-generational story that begins in 19th-century Cuba weaves together the past and present of three women whose difficult choices, strength, and bravery shape their lives and the lives of their descendants.

The Murmur of Bees: A Novel by Sofía Segovia (Amazon Crossing). It’s the beginning of the Mexican Revolution when Nana Reja finds an abandoned baby under a bridge — a discovery that changes the lives of everyone in her small town. Tiny Simonopio is not only disfigured but also covered in bees, which the locals see as a bad omen. Taken in by Francisco and Beatriz Morales, Simonopio develops an incredible gift as the years go by: He can see what others can’t.

L.A. Weather: A Novel by María Amparo Escandón (Flatiron Books). Oscar, the drought-obsessed patriarch of the Alvarado family, is desperate for rain, but his wife, Keila, wants a more intimate connection with her husband than the one they share watching weather updates together. As Keila decides to end the marriage, the couple’s three daughters, Claudia, Olivia, and Patricia, begin to wonder about the endurance of their own relationships.

The Soul of a Woman by Isabel Allende (Ballantine Books). The fascinating and often turbulent life of Chilean author Allende could easily rival that of her fictional heroines. As a child, she witnessed her mother providing for three small children alone. This made Allende determined to have the life her mother couldn’t. From attending journalism school in the 1960s to her beginnings as an author and her role as a wife in three marriages, Allende tells a personal tale of early feminism, sexuality, and her enduring commitment to equality.

Wild Tongues Can’t Be Tamed: 15 Voices from the Latinx Diaspora, edited by Saraciea J. Fennell (Flatiron Books) This anthology of essays and poems features a plethora of talented Latinx voices writing about everything from immigration and sexuality to music, language, and culture.

The Feast of the Goat by Mario Vargas Llosa (Farrar, Straus and Giroux). This seminal work begins when 49-year-old Urania Cabral returns to her native Dominican Republican after a life of loneliness and pain. Once there, Urania is haunted by memories of long-ago Trujillo City, where powerful and ruthless dictator Rafael Trujillo, nicknamed the Goat, ruled with an iron fist. As that control began to waver, a conspiracy brewed behind his back that would have devastating effects on everyone around him.

Tales of Love and Madness and Death/Cuentos de Amor, Locura y de Muerte by Horacio Quiroga (Sojourner Books). This Spanish/English edition features some of the Uruguayan author’s most chilling short stories, including “The Feather Pillow,” “The Decapitated Chicken,” and “Wild Honey.” Taken as a whole, the collection combines social observations, dark humor, and downright horror in one exquisite book.

Authors on Audio: A Conversation with Kitty Kelley, Pt. II