Anatomy of Innocence: Testimonies of the Wrongfully Convicted

A collection of moving — and true — exoneration stories. 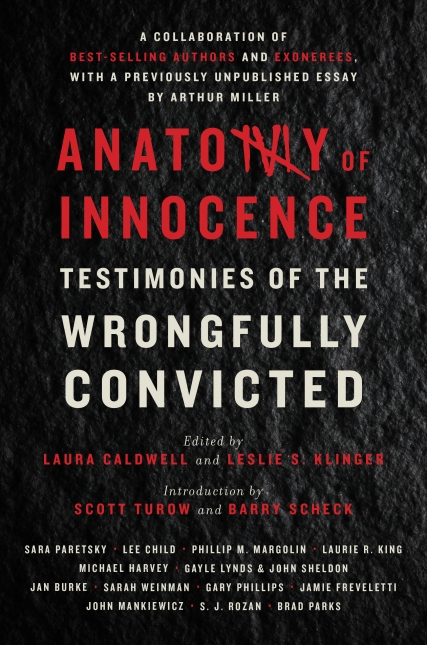 The late Supreme Court justice Antonin Scalia repeatedly voiced doubts that any innocent people had been executed in the recent past in the United States. Scalia was almost certainly incorrect, but his view reflects what was once widespread public confidence in the criminal justice system.

Criminal justice advocates have shaken that confidence over the past 25 years through their work in a growing number of so-called innocence projects which document hundreds of wrongful convictions in both capital and noncapital cases.

Many exonerations have stemmed from the use of DNA analysis to demonstrate that the specific offense — often, a rape — was committed by someone other than the defendant. Most of the exonerations, however, have resulted from less scientific post-conviction discoveries of, for example, unreliable eyewitness identifications, or abusive police interrogations.

The new book Anatomy of Innocence: Testimonies of the Wrongfully Convicted allows 15 exonerees to tell their stories through compelling first-person accounts as written up by prizewinning crime and mystery writers in gritty, film-noir style. Editors of the collection are Leslie Klinger, an award-winning editor of more than 20 books in the mystery field, and Laura Caldwell, the author of 14 novels and the nonfiction book Long Way Home about a wrongful incarceration.

The stories are variations on Kafkaesque themes: Innocents inexplicably implicated in gruesome crimes, stripped of their humanity in sterile interrogation rooms and jail cells, and denied any actual presumption of innocence in their eventual trials.

The police and prosecutors heroically depicted in season after season of “Law and Order” sometimes behave badly, for example, by suborning perjurious testimony from jailhouse snitches or withholding information on deals cut for the benefit of prosecution witnesses.

Remarkably, most of the exonerees are more upbeat than bitter when freed. Kirk Bloodsworth, an ex-Marine who served nine years on death row for the rape and murder of a young girl, won his release in 1993 after DNA excluded him as the killer. With the actual killer unknown, Bloodsworth worried more about justice for the girl than about the injustice done to him. (Justice is eventually done a decade later, when a DNA database hit identifies the actual killer: ironically, a fellow inmate of Bloodsworth's who had been serving time for attempted rape and other crimes.)

Bloodsworth's case illustrates two of the important themes of the book: not just the importance of DNA testing, but also the unreliability of eyewitnesses. Bloodsworth was identified by two youngsters who had been coached by police to identify him after an earlier inconclusive lineup. Eyewitness misidentifications may be the single-most common error in wrongful convictions, according to an editors' note. They played a role in 70 percent of the DNA-confirmed exonerations.

In Bloodsworth's case, the DNA test was done years after the crime, when a scrap of lost evidence was found. The piece of cloth yielded just enough biologic material to recover "one half of a cell," as Bloodsworth recalls, "which is pretty damn small in the scheme of things."

Another common factor in wrongful convictions, according to the editors, is "incentivized informants" — witnesses promised something in exchange for their testimony.

Michael Evans was convicted in a notorious child murder case in Chicago based, in large part, on an identification by a witness who, unbeknownst to the defense, had been given a $1,250 reward for her eventual testimony. He served 26 years in prison before a DNA test excluded him as the killer. In contrast to Bloodsworth's case, there is no Perry Mason ending in Evans' story: The girl's killer is still unknown.

Caldwell and Klinger close their foreword by voicing the hope that readers will come away with "a deeper understanding of the price of our flawed criminal justice system and an urge to help." They note that apart from "nominal" fees paid to the authors, editors, and exonerees, any royalties will go the Life After Innocence project that Caldwell founded at Loyola University in Chicago.

For them, the exonerees are heroes: "courageous men and women" who "never lost hope and persevered." Bloodsworth is one of several who has used his experience for criminal justice reforms. Those reforms might help prevent future miscarriages of justice, like those endured by a growing number of exonerees who fought a flawed legal system to win freedom and vindication.

The Age of the Horse