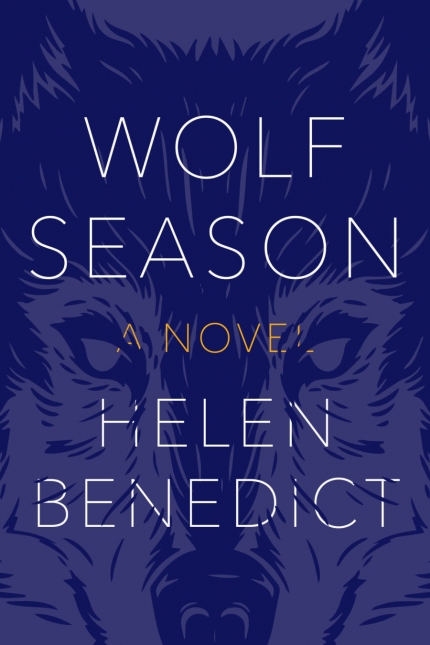 Naema is a doctor who fled Iraq with her young son after her translator husband died working for the U.S. military. Beth is drinking and waiting for her own husband — a Marine — to come home from Afghanistan while parenting her boy to the best of her ability.

Rin, a retired vet suffering from what another soldier calls “nerves,” lives on a compound with her daughter surrounded by “No Trespassing” signs and a large fenced-in run where her three wolves live. After a hurricane, Naema and Beth’s kids discover the wolves, and this discovery threatens the wolves’ and Rin’s survival.

The novel moves between striking passages that speak war’s truth and heartfelt stories about how women — and mothers — experience war and its aftermath. While there are male soldiers in Wolf Season, women’s experience is at the forefront of this narrative. In its best moments, the novel manages to explore both the fact of war and how women are shaped by it.

While twitchy Rin is cutting down a tree that was damaged in the hurricane, she’s thinking back on all the wars the United States has been involved in:

“Yes, quite an achievement, all those wars, not to mention the many little ones the U.S. fostered in between. Ah, what a waging of death upon the soil of others this American oak had seen, along with its cousin, the DoD, Dear old Democracy, Dead on Delivery, for whom Rin gave her faith, her body, her daughter’s eyes...”

Wolf Season is Benedict’s seventh novel, but it’s not her first dealing with war and women. Sand Queen, published in 2011, wrestled with an American soldier’s experiences working at a makeshift prison in Iraq. It was in that book that readers were first introduced to Naema. Fans of Sand Queen will be happy to see her story continue here.

As a writer, Benedict stretches across genres and not only explores women and war in fiction, but in nonfiction titles such as The Lonely Soldier and numerous essays, as well. Her experience as a journalist who has covered war for years means that her fiction is peppered with vivid details and characters who ring true.

What’s striking in Wolf Season is that the novel is as much about the mothers as it is about their children, who, too, are marked by war’s effects: the homegrown American son’s casual racism; the refugee child’s lost limb after a bombing; and a daughter conceived in Iraq but born to American parents who emerges blind from the womb.

Although the many disabilities represented in the novel are treated carefully, occasionally the narrative uses disability as a moral or lesson:

This tendency to push for the reader to draw conclusions about human experience through disability metaphors is one of the novel’s flaws. Additionally, the narrative is occasionally choppy, moving from one character’s perspective to another in sharp jerks. In some ways, this makes the novel feel cinematic as it embraces the jump-cut as a motif for telling three interlinked stories.

In other ways, the lack of transitions between sections can feel rough, unfinished. But as Naema and Rin are fighting for their lives — and Beth is fighting to understand her own — the unfinished quality reflects Rin’s PTSD, the memory fog Naema is left in after she almost drowns during the hurricane, and Beth’s drunken and confused state.

From its early pages, it’s hard to tell that this is a tragedy playing out. But it is indeed a tragedy, one that explores war’s effects far beyond the battlefield. Told with honesty and empathy, Wolf Season is a contemporary tale about how the war always comes home.

A man's life unravels as he is forced to deal with his time as a soldier in Vietnam.