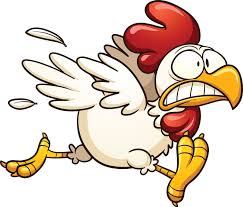 (Definition of wussiness: failure to do or complete something as a result of fear or lack of confidence.)

No getting around it. After I finished my first novel, a 125,000-word financial thriller called Sound of Blood, I sent a synopsis off to a slew of agents in New York.

Almost immediately, I was contacted by Cristina Concepcion of the venerable Don Congdon Agency, who asked for the full manuscript. I didn’t send it right away, for reasons that now elude me, and when I finally did, Cristina told me she was worried I was going somewhere else! She quickly agreed to represent me, saying Sound of Blood was superior to any thriller she’d published.

Needless to say, visions of sugarplums danced in my head. The Congdon folks had represented everyone from Ray Bradbury (Fahrenheit 451) to Kathryn Stockett (The Help) and scores of award-winning authors in between.

Of course, you can see where this is going.

Approximately 20 or so rejections from publishers later, I threw in the towel. I can read people pretty well. I know Cristina was devastated. She really thought we had a winner. Most of the rejection letters were positive, even enthusiastic: It was not the right time; the industry was in flux; there was no room on his or her list; don’t give up.

But I did, at least in the traditional-publishing sense. Next stop, Amazon and self-publishing.

Is Sound of Blood good? I read and review lots of thrillers. I think it’s better than some and inferior to others. John D. MacDonald I am not. (I’m now reading MacDonald’s The Scarlett Ruse, which somehow I missed, and am feeling very, very humble; I don’t even belong in the same marina, let alone the Busted Flush, his fictional Travis McGee’s houseboat.)

I have written more than a dozen thrillers since, all on Amazon, and have not had the nerve to try an agent again. Thus, wussiness.

Am I being too hard on myself? I’ll let you judge:

Lawrence De Maria, once a Pulitzer-nominated New York Times reporter, has written more than a dozen thriller and mysteries on Amazon.com. His most recent mystery, TURTLE DOVE, is available at ST. AUSTIN’S PRESS (BOOKS BY DE MARIA). His golfing buddies think he is a wuss, too.