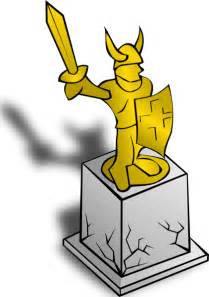 “Maybe to sentimentalize is to be truly naïve, I know some shit about your heroes that you wouldn’t believe.”

I was bummed about the Joss Whedon news.

For those that don’t know what I’m talking about, Whedon is the writer and director of influential and often brilliant television shows and movies, including “Buffy the Vampire Slayer,” “Firefly,” “The Cabin in the Woods,” “The Avengers,” and others.

Most of his acclaim comes from his style of subverting common tropes, poignant moments of humor, and characters that have a knack for ending up as iconic (chiefly from “Buffy”). For that last one, he’s often regarded as a feminist given his work with female characters, and was championed in their ranks. Academics would hold or attend conferences about his work, with very academic titles that winked back to the show’s mythology, like “The Importance of Being the Zeppo: Xander, Gender Identity and Hybridity in Buffy the Vampire Slayer.”

A few months ago, Kai Cole (Whedon’s recent ex-wife) posted a letter online decrying their marriage, describing how Whedon repeatedly cheated on her, and calling him a “hypocrite preaching feminist ideals.” Whedon declined to respond in elaborate manner to her accusations, and instead used a form-letter response likely scripted by a PR hack or an attorney.

On its surface, I’m not sure that someone breaking their marriage vows says anything substantial about their social consciousness. It makes them a jerk, not a bigot. That said, if his affairs were with women who worked for him, and he used his position to take advantage of them sexually…well, that’s misogynous, unethical, and deserving of high scrutiny.

And Cole’s grievances — which, like the issues in any marriage, are uncomfortably private — certainly have relevance in a public sphere.

But that’s not what this column is about, and I’m not privy to the private details of their marriage. Instead, it’s about the monuments we craft in our mind, and how disappointing it is when those monuments crack.

I remember reading months ago about how Richard Ford spit on Colson Whitehead over a bad review. Which sucked, because I thought Ford’s Rock Springs was a great collection of short fiction. Hemingway is constantly eviscerated as new details of his life emerge, and that’s rough because For Whom the Bell Tolls is one of my favorite novels. John Gardner was recently revealed (again) to be an asshole, but I’d absolutely use The Art of Fiction in a writing class.

I’ve written about this before — the complex notion that the identity of an artist factors into our acceptance of his or her art. I find it problematic since we really don’t know artists. Cole’s letter makes Whedon out to be a hypocritical asshole. But I don’t know the details of their marriage, their compromises, their failings. And I don’t know anything about them, their childhood, adulthood, their struggles. Every marriage is intensely complicated.

What I do know is that an artist’s moral certitude has no bearing on his or her art.

Terrible people can write beautiful things. Cads can have moments of clarity in their work where they understand the weakness in someone and illustrate it beautifully…and then cause that exact intense suffering to someone else. This is a truth among artists that is difficult for many outside of art to understand, almost impossible to accept.

And so we rush to statues and pull them down.

We have a tendency to deify artists or any inspirational figures. We hunger for heroes. But no one should be above the laws of human decency.

The insight we receive is into ourselves.

So tear down the statues. They’re undeserved, anyway. Everyone gets corrupted.

Man will ultimately disappoint us. But art serves as a reminder that, despite that disappointment, maybe there’s hope.

That there is beauty in the stone.

I co-edited an anthology called The Night of the Flood which is coming out in March 2018! And I have a story in it. Check it out here.

It took some time to figure out what I really needed.