Welcome to the Surveillance State: A Short Reading List

In the wake of revelations about our government collecting data on Americans' phone calls and online activity, people are - with good reason - turning to literature. 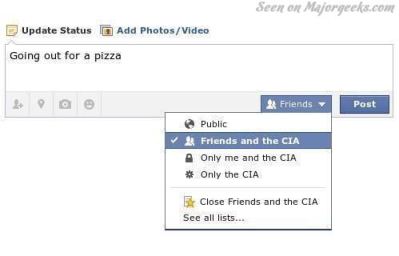 The recent revelation that the National Security Agency is collecting information on every phone call made by Verizon customers, plus other data from major internet and social media sites, is disturbing and disappointing. Its implications for the future of the internet, this country, and possibly the world may be profound. I am, for once, not being hyperbolic: this is extremely scary stuff.

All this week I’ve felt paralyzed by the news, and have resolved to change some things about the ways I use technology. Yet while the government’s collecting information about Americans’ online activity is my catalyst, it’s the social media and internet tools like Google and Facebook that suck up and store vast amounts of information indefinitely that have allowed this to happen and have made it so frightening and potentially damaging.

One interesting result of the news is that sales of George Orwell’s 1984 have shot through the roof. People have turned to literature, rather than to movies, music, or — god help us — Facebook. Ironically, the New York Times ran a story last month about how literature no longer resonates with today’s Russian dissidents: they prefer social media. Of course, this assumes the internet is not being monitored by state security organs. No other medium has come nearly as close as literature has to portraying human existence in an intrusive State.

Beyond 1984, here are some works of fiction focused on dystopian and often intrusive States that have resonated with me over the years. I invite you to add to this list in the comments.

1) Brave New World by Aldous Huxley. As much a high school staple as 1984, there’s a good argument to be made (for instance, in graphic form here), that Huxley anticipated our modern dilemma much more closely than Orwell.

2) Darkness at Noon by Arthur Koestler. Reading this book gave me unparalleled insight into how the State can subsume the individual … and persuade the individual to subsume him or herself.

3) Fahrenheit 451 by Ray Bradbury. Not just this book, but much of Bradbury’s work, anticipates the way technology can confine rather than free us.

4) The First Circle by Alexander Solzhenitsyn. One of my favorite books of all time, focusing on the absurd bureaucracy of the sharashka: the gulag for scientists and engineers, who labor as prisoners — though well-treated ones — on behalf of the State.

5) Anything by Franz Kafka. Enough said.

6) Super Sad True Love Story by Gary Shteyngart. Despite its flaws, and there are some big ones, this book is a linear extrapolation of current trends in technology and government control to a scary place not too far away.

7) The Running Man by Richard Bachman. This 1982 dystopian tale by Stephen King’s angrier alter-ego bear little resemblance to the movie with Arnold Schwartzenegger: it presages the ugliness of reality TV and features a plane flying into a skyscraper.

8) Every Man Dies Alone by Hans Fallada. After losing their son to the war, a husband and wife in Berlin make a lonely and dangerous stand against Nazi terror. A moving story based loosely on a real family.

9) The Plot Against America by Philip Roth. An alternate history in which Charles Lindberg becomes President of the United States, signs a treaty with the Axis powers, and begins a campaign to “Americanize” Jews.

10) The Autobiography of Joseph Stalin by Richard Lourie. If the paranoia of a State reflects the psyche of its leaders, this fictionalized foray into Stalin’s mind and his obsession with Leon Trotsky explains a lot.

11) Monumental Propaganda by Vladimir Voinovich. The story of the most ardent Stalinist and her struggle to come to terms with the world after the death of her hero.

The New Independent Is Coming Soon!