“We Are All Ukrainians”

History has many lessons for Russia and the world. 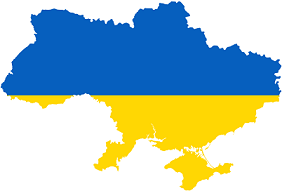 When I was in college, I took a political science course on the Soviet Union and learned a lot about the various Soviet republics, including Ukraine, Lithuania, Latvia, and Estonia.

Later, when I was working as a journalist in Germany, one of the company executives who dealt often with the Soviet Union wondered aloud how much longer people would put up with the hardships of the regime.

Not too much longer, as it turned out. After the Berlin Wall fell, during the transition period, I took an Intourist trip to Kiev (as it was called then), St. Petersburg, and Moscow. I was struck by Kiev and its history and set one of the scenes in my novel Gold there.

A few years later, researching European history for my nonfiction book, The New Superregions of Europe, I read a considerable amount about Kievan Rus, the first Russian state, founded by Vikings who sailed down the Dnieper River in the 9th century. After the intervention of the Mongol horde, the new Russian state was centered in Muscovy, with the capital in Moscow.

My research also took me to the Baltic Republics, as well as the Russian exclave Kaliningrad, which for most of its history was the German city Königsberg in East Prussia, home of the great philosopher Immanuel Kant.

The Soviet Union was a monstrous, oppressive regime, and the Russian empire that preceded it was not much better. Little wonder that Ukraine seized the opportunity to throw off the rule of Moscow in 1991 and declare its independence, becoming for the first time, except for a brief period in the aftermath of World War I, a sovereign nation.

Vladimir Putin would like to see himself in the line of great Russian strongmen like Lenin or Stalin, or even Ivan the Terrible. But his Russia is the not the same as the geographic entities of the past. And while Putin may be living in the past, his country is not. Sanctions in the past few days have crippled Russia in ways that weren’t possible before the country became interwoven in the global economy.

History today is being recorded in newspapers and on media websites. Ukraine’s ferocious resistance stands with that of “plucky little Belgium,” which resisted the onslaught of the German army on its way to invade France in 1914.

President Joe Biden said in his State of the Union address on Tuesday that Putin has miscalculated, and by our standards, that is certainly true. But in his paranoid world, he is willing to risk a lot. Who knows how much he is willing to lose?

It is an open question whether resistance from the Russian public and from oligarchs who see their lives of luxury at risk will force Putin to back down, or whether he will proceed to partition Ukraine or install a puppet government in Kyiv.

The war is remote for us in the United States. What is not remote is the threat to freedom and an international order that has kept the peace for generations. Europe is understandably edgy, because if Putin is successful in taking over Ukraine, what will he aim at next? If he needed a secure buffer in Ukraine, what kind of buffer will he need for Ukraine if it falls under Russian control?

One of the ironies of this invasion is that Putin shares the same first name as Ukraine’s president, Volodomyr Zelenskyy (the Ukrainian spelling is slightly different than the Western one). But the name, which means “ruler of the world” or “ruler of peace,” originated in Ukraine and was borne by Volodomyr I, the grand prince of Kiev, in the 10th century.

Much is made of the fact that Zelenskyy was a comedian earlier in his career. But as a nation that elected a onetime B-actor president and voted an Austrian action star governor of its most populous state, America can hardly question the career paths of world leaders. The interpreter at Zelenskyy’s address to the European Parliament the other day had to choke back sobs because the call for aid was so moving. Zelenskyy has earned the respect and admiration of the world.

It was the editor of Le Monde, Jean-Marie Colombani, who declared, after the terrorist attacks on the U.S. on September 11, 2001, that “We are all Americans.” President Barack Obama took up the refrain, returning the favor after the bloody terrorist attacks in France in 2015, declaring “We are all French.” And John McCain paraphrased it again when Russia seized Crimea and attacked Ukraine in 2014, saying “We are all Ukrainians.”