Discovering a worldview one “but” at a time 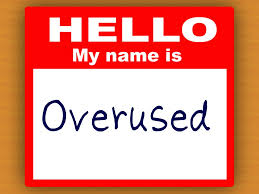 I recently received suggested edits on a manuscript from my publisher and was given a few days to make changes. I felt pretty stoked. I knew the story was polished and I suspected I wouldn’t have a lot to fix. And, in theory, I didn’t.

Except my editor mentioned that I seemed to really, really, REALLY like using “but” in my writing. She was even kind enough to highlight a bunch of them for me. If I’m being honest, numerous pages looked like giant connect-the-dots.

Okay, okay, I’m grateful…really. I love working with amazing editors. They make my stories sing. Yes, I might be a tiny bit resentful in the moment, but seeing something I’ve worked so hard on get even better is a rush. I mean that.

And, in this case, it was a bit of an eye-opener for me. I spent some time pondering my love of “but.” Painful, sappy, self-indulgent reflection? Yes, please.

Now, you might be saying, so what? Lots of people get stuck on word choice. How many of us have to go back through and eliminate “just” or “really” or “very”? I know I do (and probably should in this article). I also look for too much head-nodding, eyebrow-raising, and shrugging. Lots of shrugging. Ugh.

So I wasn’t that surprised I overlooked a word used with too much frequency. Though I do have a hit list of words to check when I get to that point in my editing. What’s a hit list, you ask? It’s a list of words I know I’m likely to overuse. I check each instance of those words in my work-in-progress and make them justify their existence. If I don’t think a particular hit-list word strengthens the sentence, I get rid of it. Simple.

I’d like to take credit for the hit list, except I can’t. I don’t think Donna Andrews would appreciate it, since I essentially copied the idea from her. If you’ve never read any of Donna’s hilarious, award-winning Meg Langslow mysteries, I highly recommend them. Turns out the lady can also edit like a boss. Who knew? (Well, me obviously, since I made off with her hit list.)

Back to the main point. Why the existential meltdown over “but”? Well, because “but” is a contrast word; it often keeps a sentence from having a definitive meaning. By that I mean it provides a contrast to what is initially said. And I realized that the reason I use “but” isn’t simply because it’s an easy word to throw into the mix.

I, by nature, am not a decisive person. I hesitate to proclaim something as fact, especially if it’s related to human beings. I’m suspicious of a definitive answer and always look for the exception to the rule. There’s probably a reason chemistry is my favorite science, since it’s the science of exception.

I don’t like oppositional dichotomies, such as black/white or good/bad. It’s sometimes annoying for my friends and family because my answer to almost any question is it depends. And here’s another confession. When I first heard of the book Fifty Shades of Grey, I assumed it was a treatise on the importance of having a complex understanding of the world. Needless to say, I was disappointed.

So when my lovely editor pointed out that I overuse “but” in my writing, I couldn’t simply eliminate the majority of them because it was important to the way I see the world. I did pare down my usage, switch to some synonyms, and rework sections as I could. It took hours. I agonized. I fretted. I deleted and then reinserted. I grumbled. Repeatedly.

Finally, I resubmitted my draft. I suspect when my editor gets back to me, she’ll only be concerned with whether I eliminated my overuse of the word. And that’s as it should be.

But, for me, it was a revelation.

Kids, writing, and taking over the world