Navigating (or not) the hazards of nonfiction. 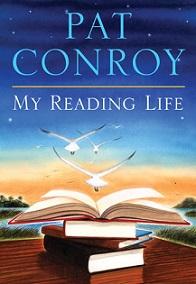 In my last column, I dwelled on what most writers fear: Rejection.

I used as examples some of the world’s most successful authors (Jack London, Jack Kerouac, George Orwell, Sylvia Plath, Mario Puzo, John le Carré, Alex Haley, Tony Hillerman, to name a few), whose work initially garnered more rejection letters than I get solicitations for credit cards. Which proves that publishers and banks are equally clueless!

I have received a fair amount of such letters, but rejection is not my biggest bugaboo.

I suspect that many fiction writers incorporate real-life experiences in their work. I know I do. I have experienced many of the things that happen to my characters.

For example, in my novel Sound of Blood, one of my characters recalls how, as a young fisherman in Cuba, he once almost stepped on a huge barracuda, thinking it was a log jutting out from the shore. That actually happened to me on a break from the Guantanamo Bay post I was manning while in the U.S. Marines.

And, like my protagonist, I also saw 100-pound tarpon jumping out of the water like minnows to avoid being eaten by a huge hammerhead shark. And I did see and hear a 2,000-pound manta ray hit the water like a thunderclap. (Needless to say, we didn’t do any swimming in that bay!)

My book also contains a golf game that my buddies mercilessly point out is fiction because I never could make any of the shots I described.

Many of the financial crimes I use in books I witnessed as a reporter for the New York Times. But although I have military and journalistic experience and know my way around crime and weapons, the brutal murders or other violent activities that I detail are derived from my imagination.

And while I am a normal, red-blooded American male, the weirder sexual escapades I include, sad to say, are also the result of a fertile imagination. (That’s my story, and I’m sticking to it!)

The “truth” I am referring to is the kind that might hurt someone I know. Thus, in my fiction, I go to great pains to disguise people and events. Not that some of my characters don’t share traits with my acquaintances and friends. I just try to spread them out so that no one person can say, “Hey, that’s me!”

Of course, careful as I try to be, some folks have told me they recognized themselves in one of my books. Fortunately, these fictional characters have been fairly nice people, and their actions admirable.

In some cases, the people who “recognized” themselves were mistaken. I didn’t base the character or trait on a real person. If you write a scene in which a person is nice to a puppy, lots of people identify with that. (I don’t know anyone who would kick a puppy, but I’ve stayed away from that scene, just in case.)

But what about nonfiction? I have thought about writing about my true-life experiences as a journalist, particularly my years at the Times and Forbes. I’ve met some interesting people, good and evil, over the years. I could probably sanitize my accounts, but that seems like a cop-out.

I’ve also thought about a memoir. But for it to be interesting, I’d have to reveal some embarrassing family secrets, warts and all. I just finished My Reading Life by Pat Conroy (author of The Great Santini, The Prince of Tides, etc.), in which he is very candid about his family members, some of whom make my barracuda look like a goldfish. He wrote it before he died and while most of his relatives (some of whom would not speak to him again) were still alive.

My family, while not perfect, is nowhere near as disturbed as his. But to be safe, I suppose I could wait until everyone I might hurt is dead.

Or until I’m dead, which would also solve the problem.

Lawrence De Maria has recently published his 20th novel, Alas, Paris, about a plot to blow up the City of Light. It is available on Amazon in both e-book and print. He is actually contemplating a nonfiction tell-all or memoir, which has libel lawyers salivating.