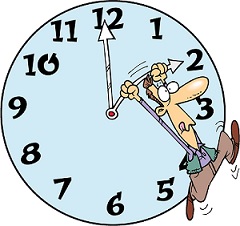 One danger in writing a column as long as I have is that I tend to repeat myself.

One danger in writing a column as long as I have is…wait, that’s not what I mean!

I’m talking about topics. There are only a few topics related to writing that really matter: plot, setting, point of view, research, and so forth.

It’s like that old saw about stories never having changed much since the dawn of time: Boy meets girl, boy and girl marry and have kids, boy and girl divorce, and girl gets the kids and half the cave paintings.

Of course, today, it might be boy-boy or girl-girl. I have no problem with that, especially since the Greeks, who first codified plots, also had no problem with those kinds of relationships. There is nothing new under the sun, etc.

So, I know I have written about research in past columns. I suppose I could find those columns, but that would mean doing some research. And I hate research. Heck, I’m a fiction writer. I make stuff up! Not only that, but I’m a well-read, ego-driven, pain-in-the-asterisk who thinks he knows everything.

(I’ve been bragging for years about the fact that I once won on Jeopardy. I don’t mention that I won when the show was in its infancy, which means it probably predated cave drawings.)

Anyway, I mention research because I was recently brought up short by a fellow author at a cocktail party. He writes heavily researched true-crime books. He also reads my thriller fiction and says he loves it. But at the party, when we were both lubricated by single malts, he mentioned that he found a factual error in my first novel, Sound of Blood.

In it, I described the building that now houses the New York Times as being the seventh-tallest in the United States.

I was immediately taken aback, and not only because he used the word “preposterous,” an insulting word that I use only when adding up my golf scores. Could I have been so dumb? Obviously, the Times building isn’t that tall. Perhaps I meant to say 17th or 70th. Or maybe it was a typo.

So, I went back and read the passage, and sure enough, I’d written “seventh.”

I girded my loins (like a caveman, I suppose) and looked it up.

Lo and behold, I discovered that the 52-story Times building is now the 13th-tallest building in the U.S.

But notice the “now.” I also found out that in 2005, when I published Sound of Blood, it WAS the seventh tallest!

I was right then, and, for all I know, wronger now. Since I started this column, who knows what they are building?

I could go back and change my copy, but I think that would be a “preposterous” solution. What I may do is have a spaceship blow up all the taller buildings in my next thriller.

I am a fiction writer, after all.

Lawrence De Maria was a Pulitzer-nominated New York Times reporter when the paper was in a smaller and more-decrepit building in Manhattan. But it was across the street from Gough’s, a ramshackle but charming tavern that never heard of a single malt. His 17 e-books, some also now in print, are available at ST. AUSTIN’S PRESS (BOOKS BY DE MARIA).

When it comes to itemizing writing expenses, leave nothing on the table.