In this year of writing, the author vows to up her game. 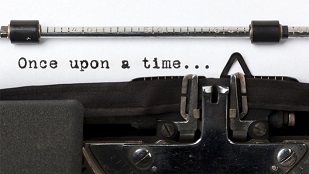 Yesterday, a friend tagged me in a tweet to offer up #firstlines, a popular hashtag that gets passed among writers. Her tweet offered the opening line of her upcoming novel. I looked at the first line of my work in progress, winced, and immediately went to find the beginnings of two of my favorite novels. Here they are:

“When the lights went off the accompanist kissed her.” Bel Canto by Ann Patchett (HarperCollins, 2001).

“On the morning after the Feds burned down her house and took her father, Havaa woke from dreams of sea anemones.” A Constellation of Vital Phenomena by Anthony Marra (Hogarth, 2013).

So many questions erupt from both. There’s a frisson of sex and mystery in Patchett’s opening, with the sudden darkness and the lyrical tongue-twister of “accompanist kissed.” The missing comma underscores the suddenness.

Marra’s sentence juxtaposes horror with a jarring note of beauty and innocence, and its own poetry: “woke from dreams of sea anemones.”

It’s useful for a writer continually to remind herself of what brilliant writing looks and sounds like when she’s in the middle of trying to pull off the same thing — useful and often demoralizing.

But just as a junior tennis player gets better by competing against those higher on the ladder, every writer needs to read voraciously above her skill level to understand how it’s done.

I happened to read both Bel Canto and Constellation at about the same time, while I was working on my first novel. (I came late to Patchett, though I’ve since made up for that lapse by reading all her novels and a solid chunk of her nonfiction.)

Both books made a big impression. At the time, I was in particular awe of Marra’s debut, in which he demonstrates his trifecta mastery of language, character, and plot. In each case, though, it was the author’s ability to weave a complex, multilayered plot that truly stayed with me. Neither one was showy or loud, simply stunningly executed.

By definition, literary fiction is character-driven, but Patchett has made this point herself: Plot is the crucial differentiator between merely lovely writing and writing with a purpose. A writer needs to give her beautiful language and finely wrought characters a place to go.

Writers sometimes describe themselves as either planners or “pantsters” — that is, those who write by the seat of their pants. Perhaps because in my day job I get paid to plan, my writing is a decidedly seat-of-the-pants affair. But does that mean I can’t conceive and execute a tightly woven plot that gives my complex characters a run for their money?

To be fair, though I don’t outline or storyboard, I typically do work things out in my head before I try to write. If the ideas percolate long enough, by the time I sit down to put them on paper, they have coalesced into something like coherence.

Interestingly, that’s exactly how Patchett wrote her first novel, The Patron Saint of Liars. She composed it in her head over the course of a year while waiting tables at T.G.I. Friday’s.

In my head, I have worked through most of the plot points that drive the narrative of my current novel, including a critical one that’s been bugging me almost since I conceived of this particular story, and on which its credibility hinges. I kept asking myself, “Is it because…?” or “What if…?”

The answer came to me out of nowhere while I watched the bluebirds fluttering at the feeder. Maybe I could have gotten there faster if I’d storyboarded — I seriously doubt it — but then I would have missed the bluebirds.

So, what about that first sentence? I rewrote it before tweeting it out to #firstlines and immediately realized that I needed to rewrite it again. I’m sure I’ll rewrite it plenty of times before I’m done, attempting to invest it with intrigue, unanswered questions, and perhaps a little poetry of its own.

Jennifer Bort Yacovissi’s debut novel, Up the Hill to Home, tells the story of four generations of a family in Washington, DC, from the Civil War to the Great Depression. Jenny is a member of PEN/America and the National Book Critics Circle, and writes a monthly column and reviews regularly for the Independent. She is serving as chair of the 2018 Washington Writers Conference, and is president of the Annapolis chapter of the Maryland Writers’ Association.

Probing for the Empathy Bone

After a friend is murdered, the author glares at her novel-in-progress and thinks, “What’s the point?”