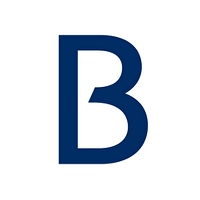 The most powerful person in the book world is Markus Dohle, and it’s a fair bet hardly any of the Independent’s devoted readers have heard of him. The 49-year-old German got a bachelor’s degree in economics and engineering in Karlsruhe, then went straight to sleepy little Gütersloh to join a company founded in 1835 as a publisher of religious books — and is now known as Bertelsmann.

That is the behemoth that has bought up book publishers in 20 countries and owns Penguin Random House, the largest trade book publisher in the world. Dohle has been the New York-based chief executive of Random House since 2008 and head of the combined house since it merged with Penguin in 2013. Dohle’s profile is so low he doesn’t even have an entry in the English-language Wikipedia.

All this is a prelude to quoting Dohle’s remarkable declaration at the Frankfurt Book Fair in October: “The global book business is doing better now than it has been for the past 50 years, and perhaps even since its inception, and that was some 500 years ago.”

When Dohle talks about books, he knows what he’s talking about. So here is the second stunner: Book sales worldwide are running 80:20 in favor of print.

Five years ago, the predictions were much more of a split running in the opposite direction. But e-book sales have stagnated or declined both in mature and emerging markets. “In fact,” Dohle said at the book fair, “print books have experienced a veritable renaissance.”

And this is a good thing. “This is having a massive stabilizing effect on physical retail,” Dohle said. “And we need to preserve a diverse retail landscape if we want to ultimately sustain the diversity of stories, opinions, and ideas in book form.”

The reason for this resiliency is not hard to find. People need stories, and that’s what books provide, not only for readers but for producers, directors, and screenwriters in the entertainment industry.

“Every good film and every good television series is based on a good story and, in most cases, those stories begin with a great book,” Dohle said. “And each iteration of a story as a film or a TV series increases sales of the original story, namely, in the form of the book.”

And here is Dohle’s third stunner: “Books for children and young adults remain the fastest-growing category in most book markets over the last 10 years.”

That’s right, for all the concerns about declining attention spans, social media, video games, and such, most of the global mega-bestsellers in the past 20 years have been books for young adults.

Harry Potter, after all, was followed by the Twilight series, Eragon, and The Hunger Games. John Green’s The Fault in Our Stars sold 10 million copies in the U.S. alone.

Moreover, Dohle added for good measure, reading in long form, especially in print, develops synapses in the brain that cannot be created any other way. “Reading stories in book form, and in print, therefore not only trains us to be empathetic, simply put, it also makes us smarter,” he said.

It’s really not too surprising when you think about it that the owner of the world’s largest book publisher is in the country that invented the printing press or that its head is a compatriot of Gutenberg. Dohle sees challenges in the ongoing adaptation of book publishing to the digital age, but he is full of good news for us book readers.