“The Best Book I Read All Year”

Add some of these beauties to your own TBR stack! 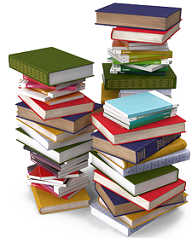 Our contributors read widely, deeply, and often far afield of the bestseller list. Whether brand new or decades old, runaway hits or remainders, these were the titles that wouldn’t let them go during this second pandemic year...


Save Me the Waltz by Zelda Fitzgerald. “We are blinded by our romantic visions of F. Scott and Hemingway, etc. Zelda’s challenges were immense, but with Save Me the Waltz, she was able to put on record (in wonderfully poetic language) her perspective. Nearly 100 years later, her struggles to gain independence from patriarchy, to attain her own actualization, and to love and be loved still ring (sadly) true.” ~Y.S. Fing

She Said: Breaking the Sexual Harassment Story That Helped Ignite a Movement by Jodi Kantor and Megan Twohey. “It was an all-nighter. A puzzle: Why is this gripping read often pigeonholed solely in #MeToo? Multiple attacks, crippling fear, vindictive persecution. True crime is an even better fit.” ~Salley Shannon

Equal by Joyce Moyer Hostetter. “This YA novel is a beautifully written story about how an African American boy and a white boy become friends despite initial inaccurate preconceptions.” ~David Bruce Smith

Jack by Marilynne Robinson. “Robinson’s characters wrestle with gigantic questions of grace and forgiveness and how they might operate in the real world. This installment is the most political as Jack Boughton’s relationship with Della confronts the racist restrictions Americans live with. These are characters who make moral quests believable; everyday activities are rendered in thrilling prose.” ~John P. Loonam

Where the Crawdads Sing: A Novel by Delia Owens. “This was never on my summer-reading list but turned out to be my season’s good surprise. I can’t wait for the Fox movie.” ~Ronald Goldfarb

Twenty Twenty by Nigel Watts. “The novel was published in 1995 as dystopian literary/sci-fi about the year 2020. In this rendition of the future, a flu pandemic has hit the world as environmental catastrophes close in. The main character, who is infected, flees to the Arctic to write a novel before he dies. In a separate timeline, an anthropologist attends a testing session for an immersive ‘reality’ videogame that allows players to interact with an Indigenous tribe in the Amazon. Not only did author Nigel Watts predict the future, he also effectively blends literary and genre fiction in the same book.” ~Dorothy Reno

Small Things Like These by Claire Keegan. “Dedicated ‘to the women and children who suffered time in Ireland’s mother and baby homes and Magdalene laundries,’ Small Things Like These poses important moral questions for coal merchant Bill Furlong when he discovers an abused girl locked in the convent coal shed. Beautifully written and deeply affecting, this novella is bound to become a Christmas classic.” ~Amanda Holmes Duffy

Lobizona by Romina Garber. “Manu’s small world as an undocumented Argentine immigrant in Miami is blown apart when her mother is detained by ICE. Manu’s quest to find her leads Manu to surprising truths about her own past and its connection to a world she thought only existed in Argentine folklore. Garber’s fantasy is a smart and timely story that interrogates the danger of labels while introducing a lush world and a fierce, compassionate heroine you're sure to love.” ~Emma Carbone

Reckless by Selena Montgomery. “This book, written by Stacey Abrams under her pen name, is hands-down my favorite book I read this year. Full of aching joy and sweet sorrow, this is a gripping and unforgettable tale of romantic suspense. Porsche-driving Kell Jameson is a celebrity defense attorney to high-profile clients in Atlanta. Sherriff Luke Calder abruptly quits his prestigious job at the Chicago Police Department to move to a small town. Despite having a contentious relationship, they work together to absolve a prominent local citizen of a crime. Abrams masterfully paces the mystery and the romance — even as the suspense intensifies, so does their relationship.” ~Keira Soleore

The Golem and the Jinni by Helene Wecker. “And its sequel, The Hidden Palace (and, yes, I’m trying to sneak in a second book). Absorbing, transporting, impossible to put down, the kind of storytelling for which reading was invented.” ~Heidi Mastrogiovanni

Strange Weather in Tokyo by Hiromi Kawakami. “This was a gift from my son, Tim, as we drank coffee in a pop-up park last January (strange weather for outdoor coffee, except during pandemics). Imagine Laurie Colwin in modern Japan, nibble some sushi, sip some sake, and enjoy the unexpected love affair that develops between thirtysomething Tsukiko and her former teacher Sensei.” ~Ellen Prentiss Campbell

The Show Business Nobody Knows by Earl Wilson. “I am going to guess no one else picked this one, which I purchased on eBay. Wilson was a gossip columnist back in the heyday of swinging celebrity life. Today, thanks to social media’s ever-watchful eye, any star who were to engage in the stunts Wilson recounts would find themselves in prison, or at least canceled. Still, you can't help but be awestruck by these antics of days gone by.” ~Chris Rutledge

The Chicago Cub Shot for Love: A Showgirl's Crime of Passion and the 1932 World Series by Jack Bales. “It’s a slender book from a small press, but Bales does an impressive job of melding his exhaustive research with a fast-paced tale to bring the story of Chicago Cub shortstop Billy Jurges and showgirl Violet Popovich to well-deserved prominence. Without spoiling the book, this little-known failed romance rippled into baseball and literary lore as it may have been responsible for Babe Ruth’s called World Series home run, as well as the inspiration for Bernard Malamud’s The Natural. A book to be savored, especially during baseball’s hot-stove season.” ~Drew Gallagher

It’s Elemental: The Hidden Chemistry in Everything by Kate Biberdorf. “This knowledgeable, crackerjack University of Texas professor, excited about her topic, starts with a spellbinding, brief layout of CHEM101. Then she reveals all the eye-opening secrets of the chemistry embedded in all the stuff you use around your house every day.” ~Steve Case

The Paper Palace by Miranda Cowley Heller. “This was that one book that just wouldn’t let me go. It has everything: a turbulent past, a secret affair, difficult choices, and family drama. It’s decidedly difficult to like Elle, the main character, but that is precisely what makes it so good. We can relate to her imperfections, her poor choices, her selfishness, her desire, and her capacity to completely love the clueless husband she’s deceiving. This book is more than unforgettable. It’s a lesson about life and its many path-changing turns.” ~Adriana Delgado

Woodrow on the Bench: Life Lessons from a Wise Old Dog by Jenna Blum. “This impacted me more than any other book this year. Blum wrote about the last seven months with her best friend, Woodrow, a 15-year-old black Lab. Uncharacteristically, I cried while I read about Blum’s tenderness in caring for Woodrow during his final days and the devotion each had for the other. This love story will pull at your heartstrings.” ~K.L. Romo

The Prophets by Robert Jones Jr. “This debut novel and a finalist for the 2021 National Book Award is startling in all its dimensions: lyrical, searing, far-reaching, and — through the eyes of the narrating Ancestors — all-seeing. Enslaved on a Deep South plantation, Isaiah and Samuel find sanctuary in each other, but that makes them targets for Amos, who preaches the plantation owner’s gospel in a bargain that betrays them all.” ~Jenny Yacovissi

Parting the Waters: America in the King Years, 1954-63 by Taylor Branch. “A powerful examination of Martin Luther King and the Civil Rights Movement chronicling the suffering, dying, and often-forgotten yet depressing timidity of the Kennedy Administration. Logging in at over 900 pages, it’s worth every page.” ~David O. Stewart

The Devil and the Dark Water by Stuart Turton. “Looking back, I was surprised to see how many excellent books from my 2021 ‘conquered’ list I also truly enjoyed, but my favorite was this delicious mystery set on a 17th-century Dutch ship embarking on a treacherous, multi-month sail home from the South Pacific. Turton seamlessly weaves historical research and technical details with an active storyline full of clues and red herrings to produce a rich Oriental carpet upon which his motley collection of high and low Rembrandt-ian characters may dance. And dance they do. And sing. And murder. But then, does the devil make them do it?” ~Liz Robelen

Leonora in the Morning Light by Michaela Carter. “This is everything a wonderful historical novel can be: compelling, relevant, beautiful. But on top of that, Carter creates (resurrects?) a complex woman whose consuming love for her art and a burning-bright man are believable and deeply human. I adored this book.” ~Carrie Callaghan

Sacred Hunger by Barry Unsworth. “I had a good grasp of American slavery’s insidiousness but didn’t know much about its European origins. This sobering novel changed that. From the docks of 1750s Liverpool and the poaching grounds of the Guinea coast to the wretchedness of the Middle Passage and the promise of an escapees’ utopia in the Florida territory, the narrative pulls you along on an unrelenting journey filled with the greed, opportunism, detachment, and denial required to buy and sell fellow humans.” ~Holly Smith

7 Most Favorable Reviews in November 2021

Detroit-based Write A House calls itself a “new type of residency program,” one where writers get to live in their prize forever.