The Ballroom of the First Draft

What Jane Austen has to say about dancing with your own work. 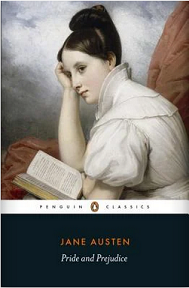 As an unabashed fan of Jane Austen’s Pride and Prejudice and its many adaptations into film, television, and even comic books, I often return to the wit and wisdom of her world of misunderstandings. At the heart of this love story between Elizabeth Bennet and Mr. Darcy lies the fundamental roots of many romantic comedies, which can provide both splendid pleasure and provoke interesting contemplation.

To borrow an idea from the novel, when we read Austen’s work, we are on the path to being “accomplished,” though we can scarcely ever hope to arrive. But we are also invited to reckon with the consequences of our quick judgments regarding relationships, which is a theme older than the redwoods in Northern California. Within that theme, there may be a lesson for creative writers regarding their work, as well.

Let’s start with an idea from Glyn Maxwell in his book On Poetry: Meeting a poem is like meeting a person. Nothing overtly profound there, but it has implications for how we might imagine the draft. For though we may be curious about a person we’re meeting for the first time, and may even deploy evaluative judgments with the alacrity of Lizzie Bennet, I think it is rare that we behave as if we CAN know everything about that person immediately.

It’s probably closer to, “Will it be worth getting to know this person?”

And, yet, too often, in both my own writing and my students’ drafts, I see the attitude of Darcy — “My good opinion once lost, is lost forever” — when examining a draft for revision. In other words, we are too beholden to the primacy effect: If the draft isn’t marvelous at the outset, we can’t imagine how it can become so.

Now, surely, there are times when we write for convenience or for money without any intention of “falling in love” with a piece. In that way, we reflect the decisions of Charlotte Lucas, Elizabeth’s best friend, who marries out of a desire for financial stability.

Since Austen refrains from judging her character for that decision, we, too, should be kind to ourselves. But when it comes to our passion projects, our enduring interests, it’s perhaps better to imagine those as long-term romantic partners whom it will always take work to get to know.

Part of that work is letting go of one’s own pride. The analogy of the poem being like a person means that the draft won’t always “behave” in a way that seems logical. I can’t always explain how a draft has “bewitched me body and soul,” to quote Deborah Moggach’s screenplay of Pride and Prejudice.

I am reminded of the work of Dr. Cheryl A. Wilson, who highlights the structural similarities between early 19th-century British dancing and Austen’s novels. That comparison seems to draw upon a similar root: that a novel can behave like a dance partner and, therefore, presents additional evidence that perhaps we, as creative writers, should be approaching our drafts the same way.

Writing has its rules and its variations on those rules. It has its social customs, its marriages of convenience, and its passionate affairs. It has its wit and wisdom if we are willing to reexamine our initial prejudices.

So say “yes” to the offer to dance that a draft provides. Lead and be led. For, as Jane Austen suggests, dancing is the best way to encourage affection, “even if one’s partner is barely tolerable.”