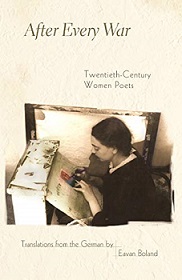 
Over a decade ago, I wrote a short story from a husband’s perspective, exploring whether there was space for two fully realized ambitions in a marriage as you also raise children. “How Does One Make a Woman Like That Happy?” spoke to the obstacles presented by a certain male gaze.

I was fresh out of a master’s in public policy program at Georgetown. Shortly after, Hillary Rodham Clinton ran for president for the first time, and Kirsten Gillibrand became the junior senator from New York State.

When I submitted the story to Furious Gravity, an anthology of women writers in DC, in 2019, I noted that much had changed in American politics, but the story was still relevant. Virginia Woolf said, “She still has many ghosts to fight, many prejudices to overcome.”

As female heads of state emerge repeatedly in South Asian countries, as well as around the world, from Ms. Marin in Finland to Ms. Ardern in New Zealand, the highest office in America remains stubbornly elusive to a woman. In the poem “The Pattern,” the Irish poet Paula Meehan writes:

“I have her shrug and go on
Knowing history has brought her to her knees.”

I discovered Meehan in Object Lessons by Eavan Boland. On April 27, 2020, Boland passed away. One of the most remarkable writers of the last 50 years, hers is the oft-quoted poem of our times, “Quarantine,” with its magnificent opening: “In the worst hour of the worst season/ of the worst year of a whole people/ a man set out from the workhouse with his wife.”

The poem makes me sit up each time with its beauty and relevance. It is set during the Irish famine, which began in 1845 and lasted too many years. It evokes for me the Bengal famine of 1943. It makes me think of the migrants in India walking home from cities to their villages. And it makes me pause because so many are hungry today even in America.

Death is idealized in “Quarantine,” where a moment between two humans calls to another plane of existence, where tenderness and grace can be frozen in history. The poem is a metaphor for our politics in the face of public policy failure. Famine, as we know, is rarely a shortage of food. It is a failure of governance.

In 2004, Boland edited After Every War: Twentieth-Century Women Poets, bringing us the voices of nine German poets in translation. In the introduction, she asks the question, why women, why war? “Women are not usually war poets. They are not primary agents of conflict; they do not sign or violate treaties. They are rarely at the front line.”

“The problem with human catastrophe is that it can be remembered all too well. But it is much harder to re-imagine it. What brings it from the domain of fact to the realm of feeling is often just detail. A cup, a shoe, an open window…Once we see it, we recognize it. That could have been me, we suddenly think. I could have been there. That moment of private truth, simply because it cuts history down to size, has a rare value.”

Reflecting on the Irish political struggle, Boland notices that when governmental violation is so toxic, that “the private could no longer find shelter from the public,” the private and the public become “interchangeable ways of grasping and rendering a new reality.”

In her obituary for Boland in the Nation, Margaret Spillane remarks that Boland and her contemporary, former Irish PM Mary Robinson, “used the lever of their social and educational advantages to force open doors — some bolted shut for decades or centuries — behind which lurked the lives and memories of people without power.”

If you ask, who are the women writing in the U.S. capital region in 2020, Melissa Scholes Young may be able to tell you — she has read many of the area’s contemporary voices for the “Grace and Gravity” series, of which Furious Gravity is volume IX.

The iconic Richard Peabody founded the fiction series that Melissa now steers. As the captain of Furious Gravity, Melissa added nonfiction for the first time. The collection has that contemporary feel of Karl Ove Knausgaard’s My Struggle — with no clear distinction between fiction, nonfiction, and creative nonfiction.

I got on a Zoom chat with Furious Gravity’s nonfiction editor, Wendy Besel Hahn, who, along with Melissa, read each submission. Over an hour-long conversation, we talked about this book and its 50 contributors, a record number.

Authors appear alphabetically, beginning with “Patience,” by Beth Anderson: “Together, even before birth, floating as we came into life in heartbeat-studded darkness.”

Wendy says there is a dialogue amongst the pieces, which somehow fit organically together. The book ends with a marvelous excerpt from Mary Kay Zuravleff’s upcoming novel, Buried Sunshine: “Russian ending, everyone suffer,” Ma said that night. “I’ll give you American ending for my tender American children.”

Wendy and I talked about creative vision, both as a writer and as an editor. Someone said, “Only you can write this story.” This applies to editors, too. Each anthologist has something unique they bring to a project, some very personal memory, like Boland’s. In her introduction to After Every War, she refers to two German sisters who worked for her mother, cleaning house, when she was a child.

While I read, I search for meaning, deeply influenced by my own memories. I am humbled by how each piece in the anthology provides moments of epiphany.

In her preview in the Writer’s Center's The Writer's Guide, Amy Freeman calls the “Grace and Gravity” series a beloved DC institution. Josiah Royce coined the term “beloved community,” which was made famous by Martin Luther King. I learned recently that Royce’s philosophy was built on the worth of the individual, and on infinite loyalty, which connected us to an infinite consciousness. A sense of editorial loyalty to the writer builds community like nothing else can — building confidence in the links between writer, editor, and reader.

Melissa consciously wanted to make the table longer, publishing new voices for the first time, seating them with more established ones. “Art spawns another piece of art,” Wendy explains. Melissa created a cross-genre class at American University, which also produced a fun online trailer for the anthology.

The title Furious Gravity has echoes of Audre Lorde and Adrienne Rich, but since my column is part celebration of Boland, I again quote her Object Lessons with gratitude:

"I believe that the past matters, yet I do not believe we will reach the future without living through the womanly angers which shadow this present.”

These editors find a way to bring women together. Melissa says, “There is enough room. Our table has plenty of space. Let’s get more chairs. I’ll save you a seat.”

We are not there yet. We do need to stretch the table. And not just to know, to seek, to celebrate. It is to rally our forces for, as Ingeborg Bachmann (1926-1973) says in her poem “Borrowed Time” in After Every War:

“Harder days are coming.
That borrowed time
will be due on the horizon.
Soon you must tie your boots…