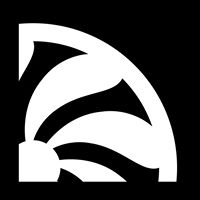 Founded in 2013, DC-based Big Lucks Books aims to challenge and engage readers, particularly those looking for contemporary poetry that doesn’t pull any punches. BLB wants its publications to make you feel like “there’s an IV of high fructose corn syrup in your arm and it’s ruining your cardiovascular system.”

“I think all of our books are smart and fun and sad and hysterical,” co-founder and managing editor Mark Cugini says. “But above all else, I think they're kinetic. They are all these bursting balls of energy — you can feel their concept and their passion exploding all over you. They're all books that matter, and they're all books that care.”

Although the press is only a year old, Big Lucks spans back to 2009, when Cugini and Laura Spencer started a literary magazine of the same name. Their effort spawned the popular Three Tents reading series, which has been introducing the DC area to new writers at the Big Hunt in Dupont Circle since 2011.

For Cugini, there were many reasons that expanding into book publishing made sense, particularly a deep belief that poetry can and should be relevant.

“All art — or all the art I care about, at least — is an exercise in empathy,” he says. “I think that's why so many of us are drawn to it: because the only way we can get through life is by talking about it — in verse or in free verse or in prose form. So as long as we humans want to keep connecting, poetry is going to be a thing that matters.”

Cugini is certainly a good Sherpa for a generation of millennial poets weaned on hip hop and reality shows. He was included on a Huffington Post list of the top 200 advocates for American poetry in 2013.

BLB has released five books since its inception, with nine more listed as forthcoming through 2016. All but two — a book of essays and a collection of flash fiction — are poetry. Cugini says that, while he solicited some of them from writers he had heard and read before, most came from the slush pile, including a pool of 350 manuscripts that landed at his door during BLB’s first open-reading period.

Each BLB book is a unique party, according to Cugini. For example, the 2014 chapbook Dear Gloria, by Sasha Fletcher, is a “house show for a crust punk band.” Mathias Svalina’s November release Wastoid is “a university banquet where someone spiked the Korbel with acid.”

The descriptions are apt. Wastoid fragments a relationship into 150 or so paragraphs of prose poetry, a series of surreal metaphors and meditations that elaborate on the unnamed narrator’s lover and the complicated nature of love itself. The language is beautiful and jarring in equal measures, constantly shifting the reader’s sense of reality.

Champagne spiked with a hallucinogen, indeed.

While BLB is dedicated to print, it also is experimenting with online-only work, such as Carrie Lorig and Nick Sturm’s "Being Stone//The War Between the States." In the layout for this long poem, the words float into view as the reader scrolls down the page and are sometimes obscured by compelling images. The result is a piece of work that is experienced as much as it is read.

Innovative work like this is quickly becoming a hallmark of BLB. Looking ahead at their slate, readers should expect plenty more to come.

A popular program brings bestselling authors and renowned poets to one of Maryland's largest cities.