On reading for illumination. 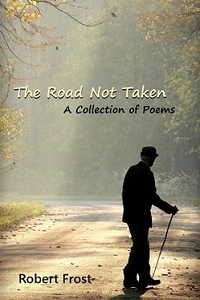 “How many ways can a story seduce you into reading it?”

– Alice McDermott, What About the Baby?

In “The Road Not Taken,” Robert Frost spoke of two paths diverging in a yellow wood. In hindsight, choosing one over the other made all the difference to the speaker’s life. When I first read the poem, I thought it was a metaphor for the choice a writer makes to become a writer, or a leader like Nehru made to fight for independence even if it meant going to jail. (After all, he could have lived a privileged life without following Gandhi into the freedom struggle.)

In an essay on Frost’s poem, Katherine Robinson writes that “the act of assigning meanings — more than the inherent significance of events themselves — defines our experience of the past.”

She argues that there was no such meaning in the origin of the poem; it was literally a decision made to choose one path in the Fall woods over another, a joke for Frost’s friend Edward Thomas, who was always indecisive on their walks. The choice to go with one path and not another was purely an act of impulse.

Most readers would not, I assume, read hints of mockery in the poem. Even if we do not know the facts (the “actuality,” as Louise Glück calls it in her essay “Against Sincerity”), we are reading for what Alice McDermott suggests in her recent book on the art of fiction, What About the Baby? — to be seduced.

The speaker in Frost’s poem sees a truth, even if Frost was being insincere. As Glück’s essay suggests, the poet’s sincerity is less important than the illumination of some truth being revealed to the reader:

“We scan Frost’s face compulsively, having found the poems to be, by all reports, so much better than the man. This assumes our poems are fingerprints, which they are not. And the processes by which experience is changed — heightened, distilled, made memorable — have nothing to do with sincerity. The truth, on the page, need not have been lived. It is, instead, all that can be envisioned.”

She goes on to say, “The poems themselves are like experiments, which the reader is freely invited to recreate in his own mind.”

This openness to doubt interests me. The purpose of the story to the writer may not be its purpose to the narrator, and neither may resonate with the reader, who will come up with their own purpose. Experiments are motivated by the search for fact but are by their nature still in the realm of theory, of uncertainty. It is extremely difficult to live without certainty, but it is the reason we read literature, including such works as Vladimir Nabokov’s Lolita or Doris Lessing’s The Golden Notebook.

There is a deeply felt mystery to the world. As a reader, it is important not to close the door on it. I feel this sense of openness to mystery in several memoirs I’m reading right now. One is Our Last Blue Moon by Kris O’Shee. In throbbing, sensual prose, O’Shee recalls her courtship and life with her late husband, the writer Alan Cheuse. Even as she faces unimaginable grief, she writes, “I am suspicious of the word closure. Whatever closure means, I’ve never sought it.”

In “Remembrance of Things that Never Happened: The Art of Memoir, the Art of Fiction,” a lecture she presented at the first Annual Frank McCourt Memorial Lecture in 2019, Alice McDermott said:

“There must be detail, vivid detail…There must be accuracy of place, the hospital at the city home…sharply described, real, whether real means actually existed or convincingly made up. But far more essential than this kind of accuracy is the emotional authenticity contained therein…Not simply the thing itself, the thing observed…but the thing transformed, utterly transformed by the poet’s eye, the heart’s imagination, by what we felt at what we saw.”

As I pull together the strands of this column, I notice the other eclectic memoirs on my desk, all of which interest me because of their detail. One of them is Devaki Jain’s The Brass Notebook, so titled with the encouragement of Lessing, whom Jain knew.

Jain is one of the development economists working in India alongside Amartya Sen, who changed the way women were accounted for in data around the world. Jain is close friends with Gloria Steinem and — in a bit of “Forrest Gump”-like coincidence played out in the world of Indian feminism — seems to have been at all the major historic events of an era. Hers is a story of sexual and political awakening.

Jain was also a student of the novelist and philosopher Iris Murdoch, whom she met at St. Anne’s College in Oxford. One of her essays written for Murdoch re-cast the tension between passion and reason. In it, she posited that a man having an affair who chooses to stay with his wife — choosing reason (or duty) over passion — is not, in fact, choosing reason. Passion for duty is still passion.

This notion recasts how we see the road not taken.

English poet Edward Thomas, the real-life friend who inspired Frost’s poem, died in 1917, two years after it was written, in the trenches of the First World War. Some say it was the poem that stirred him to enlist.

[Editor’s note: Click here to read the Independent’s recent interview with memoirist Kris O’Shee, and here to read our review of Alice McDermott’s What About the Baby?]

Violence, Apology, and the Politics of Art

We are all done waiting.