What happened to the human attention span? 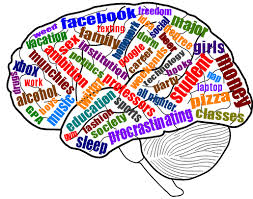 I’m beginning to believe that I belong to a cult. And for me, there are two bad words in that sentence: belong and cult. I’m not a joiner, no red-hatted women’s groups, no same-aged, same anything. I’ve never engaged in hazing, bottle-raising, or any other feats of stupefaction for membership in a group. Nor have I ever wanted to.

So, being a member of this cult came about organically. I’d notice it in strange ways. What is important to me was no longer important to my oldest friends, my coworkers, or most of the people I regularly encounter.

Just the other day, I was sitting in the car with a childhood friend. May I add that we were in the town where we grew up together less than three or four miles from my house — to which she’d been driving me for almost 15 years.

Anyway, I’m waiting for her to get moving. Instead, she says that she needs her app to tell her which way to go. I tell her that she’s been taking me home for 15 years — 30 if you count both our childhood homes, which are in the same direction. She says the app will tell her the best way to go to avoid traffic. I insist that the best way to go is the same way we’ve always gone and she knows it.

Clearly, she’s got a new habit; I think she and her habit are both crazy. How do you give up what you’ve always known for what you still know and a new button? It reminded me of years ago, when schools all over America took phonics out of the curriculum and, 10 years later, discovered that the new high-school graduates could barely read.

Who comes up with these ideas, and why do we all jump on the bandwagon and go along for the ride? Maybe we’re all speed junkies with a thirst for the next new thing. Which, of course, leads me to what this article is really about, now that I’m asking questions.

Exactly who decided that none of us have long enough attention spans to read more than 1,000 words on a landing page? Thanks to the internet and our ability to focus on ourselves in ever more startling ways, we can now tell how long readers spend looking at a particular page on a particular website.

How many times have I heard, “No one reads more than 500 words”? The truth has come upon us. The world is full of peripatetic dabblers. No one reads long enough to learn anything. But we love our apps.

Of course, it brings up another series of questions, such as: Who decided that rather than remember anything — say, a phone number, or how to spell a word — it’s better to let our smartphones do it? The consequence of our new apps seems to be that machines do our jobs and, in the process, steal our memories and good sense.

Why? Because we let them.

There is a pleasure and endowment in engaging with words. Rather than give up manipulating the words I already know, I’d like to learn more. I don’t need an app to tell me what I’ve always known, just as I don’t need the world to decide that the most I’ll read is a few hundred words on a website — that my attention span has grown too short.

On this very website, I’ve been told to shorten content because the “analytics” folks have proven no one reads long articles. How do I know they aren’t limited by their own attention spans and have, therefore, not properly measured? How can you write a review of a 600-page book (or even 300) and insist that no one would read more than a paragraph of it?

Am I one of the few folks who waits for the New York Review of Books and reads articles with thousands of words about books with thousands more? I’m happiest when I first turn the hardback cover of a brand-new book and discover the way a certain author has played with words. Why?

You do see where I’m going, right? Clearly, I must belong to a cult, the “cult of readers.”

It takes getting used to, membership in a cult. A small group that the rest of the world thinks is strange and fears practices strange rituals, which in a way is true. I do spend hours, completely still, under an idea-shaped bulb with a hat, slowly (or sometimes not so slowly) turning pages.

Sometimes, I do it upside-down while snacking. Occasionally, I forget to eat altogether.

Sometimes, I find a word in one book that I then look for in another book. Every once in a while, I won’t shut up about a story I’ve read. My mind soars and ignores my body. My cult doesn’t require special rituals; it’s a cult of individuals practicing a quiet ritual and anyone can join. It offers a lifelong membership and probably has its roots in all the childhoods of mankind.

As David Brooks says, and excuse me for paraphrasing, the thousands and thousands of words we learn from living in our parents’ households shape us into the adults we become. Maybe I came up with a predisposition for taking trips from a chair, riding on my own words and other authors' words. For now, I'm going to ignore the world's direction, grow my attention span, and keep on reading.

And when the world decides on another direction, I’ll still be standing with the small crowd, the one with the secret weapon of reading and the long stare, and you, the fast riders with the short attention spans and the need for the push-button “new,” will be waiting, probably chasing your tails.

Only the distance, I’m guessing, will be shorter.

An Online Symposium on The Anatomy of Violence

In Philip K. Dick’s story "Minority Report," on which the film is based, special police officers arrest criminals before they commit a crime. They had “foreknowledge” of criminal possibility. If we had such knowledge, should we use it?