Never put off until tomorrow what you can read today. 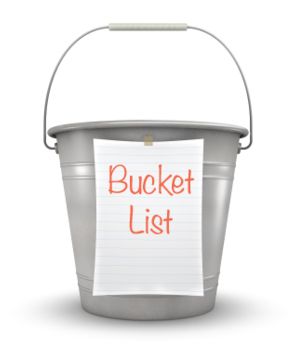 For years, I’ve been planning to read Marcel Proust’s multi-volume classic, Remembrance of Things Past (or In Search of Lost Time in English), when I have the time and leisure to savor it — namely, when I retire.

There are other lengthy masterpieces, such as Robert Musil’s The Man Without Qualities, that I would like to read, but I think they might require an attention and engagement that is hard to muster while working full time.

However, as retirement nears and then recedes, I’m beginning to question this assumption. Just because these masterpieces were written in times that seem more leisurely than our hectic modern life doesn’t mean I can’t enjoy them as a respite from this fast pace.

But they must compete with the newest bestsellers and prize-winners, which push forward into the time I have for reading. There is Donna Tartt’s great (and long!) The Goldfinch and Anthony Marra’s wonderful A Constellation of Vital Phenomena. There are my book group’s books, such as the 2008 National Book Award finalist we read recently, Telex From Cuba by Rachel Kushner.

Or they must compete with the mysteries and thrillers I enjoy reading, and that I can manage with a frazzled brain after dinner or at bedtime. And, of course, they are up against television, which is enjoying a genuine renaissance in programming, and which is much less demanding than books.

How will I ever find the time to read these long classic books? Let me say right away — I don’t have a definitive answer to that.

However, I’m realizing that they should not wait until that ever-receding retirement. Maybe the answer is to dedicate a half hour of quality time in the morning, even if that means getting up a little earlier. Perhaps the answer is to assemble a book group devoted to the reading of these special works over weeks or even months — or sign up for a class/reading group at a bookstore, such as the ones offered at Politics and Prose in Washington, DC.

Or maybe I need to follow the example of John D. MacDonald’s fictional detective, Travis McGee, who took his retirement in installments, and simply alternate my reading of current fiction with these longer classics.

Perhaps these new continuous narrative television series show the way. Now that a television episode is not confined to a single broadcast, but can be viewed pretty much at will, many series have become long-form narratives that continue over several seasons — so much so that you cannot really jump into the newest season without first going back and catching up on the earlier seasons.

I could map out a 12-week “season” for the first volume of The Man Without Qualities, for instance, devoting an hour or two each week to it. Then, after a suitable pause, start a second season of 12 weeks for the next volume. After all, these quality TV narratives maintain the viewer’s interest over five or six years.

There are other multi-volume classics that have been on my bucket list for years — Tolstoy’s War and Peace and Heinrich Mann’s two-volume saga of Henry IV of France, for example — that would also lend themselves to this treatment.