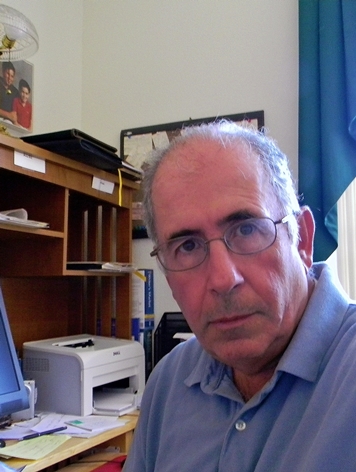 As not enough of the world knows, I write thrillers in which I kill reams of
people in all sorts of ways: guns, knives, ice picks, frog poison, garroting,
jellyfish, hagfish, falls from buildings, decapitations. It’s easy. I just
think of an editor or publisher who has rejected one of my submissions.

Point is, I believe I’m pretty adept at murder, mayhem, and massacre. But nothing could prepare me for what I had to do to my own copy when my son convinced me to turn my first novel, the brilliant, wonderful, insightful masterpiece, Sound of Blood, into a screenplay. (The adjectives in the previous sentence were picked at random; I’m pretty sure no one else has actually used them to describe my novels before.)

Chris, that’s the son, has worked in Hollywood and thinks Blood is very “visual” and would make a great movie. We’ve already discussed who will play the major parts, with Russell Crowe, Jon Hamm, Naomi Watts, and Maria Bello our top choices. (Anyone have their phone numbers?)

We both know that there are more screenplays floating around on the Left Coast than Illinois governors in the hoosegow. Stop any 10 strangers on Rodeo Drive and ask them how their screenplay is coming along, and nine of them will say, “Fine.” The tenth will brag that “George,” “Matt,” or “Ben” is already looking at it.

I knew it was a longshot. But working with one’s son is a bonding experience, so I was initially enthusiastic. Of course, I have since written him out of the will (which actually improved his financial position).

Our first “discussion” concerned a rather lengthy golf match between my hero P.I., Jake Scarne, and a financial arch criminal. The stakes were high: $20,000 cash and one of the most beautiful women on earth. She wasn’t really part of the wager, of course, but everyone knew the men were vying for her, ahem, attentions.

I LOVED the golf match, which ran several chapters and about 8,000 words, and was, frankly, a paean to the famous match between James Bond and Goldfinger in “Goldfinger.” That match runs about 10,000 words in Ian Fleming’s spy classic—and made it into the damn movie!

(An aside: My golfing buddies, who never accused me of using too much imagination when my characters killed or maimed someone, or had vigorous, teeth-jarring sex, were quick to call me out on my fictional golf match. I defended every shot, denying that I was implying I was capable of any of them. A 240-yard two-iron over water? Come on! It’s fiction.)

Alas, Sound of Blood, at 120,000 words, is about twice as long as Goldfinger, so something had to go.

Now, I’ve been self-deprecating enough. I think my golf match is a corker, complete with FBI surveillance and other nice touches. But I manned up and agreed to ditch it. Screenplays are typically under 120 pages. With the match included, “Sound of Blood” ran almost 160.

But I will have my revenge. When “Sound of Blood” wins the Academy Award for screenwriting, I will skip the Oscar ceremony to play Pebble Beach. I’ll let Chris pick up the statue. He, like everyone else, cleans my clock on the golf course.

Lawrence De Maria, a former Pulitzer-nominated New York Times writer, is the author of eight thrillers and mysteries. His website is www.lawrencedemaria.com and his books can also be found at: DE MARIA BOOKS ON AMAZON.