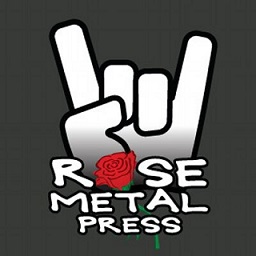 Founded in Boston in 2006 and currently based in Chicago and Takoma Park, Maryland, Rose Metal Press has been publishing hybrid genres for more than a decade. Co-founders Abigail Beckel and Kathleen Rooney started the press to champion literature that didn’t fit easily into traditional categories — flash fiction, prose poetry, novels-in-verse, collaborations of text and art, for example — and therefore had difficulty finding publishers.

“In observing the literary community at that time and deciding what kind of focus we wanted our press to take, we noticed that many writers were doing exciting, culturally important work in hybrid genres, but that they had limited opportunities to publish that work since few commercial publishers accepted such submissions due to concerns over profitability and marketing,” Beckel and Rooney say. “We decided we wanted to fill that niche and we’ve been working hard to do so ever since.”

Its name reflects its mission. Rose metal is an alloy consisting of bismuth, lead, and tin, a hybrid that melts easily and is used as a solder, binding other things together. Beckel and Rooney felt that Rose Metal provided an apt metaphor for their authors, who were fusing unlikely genres into compelling narratives.

RMP puts out three works a year, with 27 books and chapbooks in its catalogue to date. For Beckel and Rooney, all of the works demand to be presented as hybrids, telling stories that defy the standard boundaries of fiction, poetry, and nonfiction.

“For us, hybrid is not just taking the line breaks out of your poems or combining pieces of fiction and poetry in the same book…hybrid genre means that the work the author is presenting couldn’t exist and express in the same way in a traditional genre — it needs to be in fragments or prose poems or flash or a combination of text and art or a series of connected flash or footnotes or images.”

The most recent release from RMP, The Voyager Record by Anthony Michael Morena, is a perfect example. In the story, golden records with messages for humanity were launched into space on the Voyager spacecraft in 1977 in the hopes that they might someday be found and interpreted by alien beings.

In short bursts of absorbing prose, Morena mixes the history of the records with fictional scenes of Carl Sagan’s life during the process. These moments mingle with snippets of memoir from the author’s life in Tel Aviv and even musings on the various non-human lifeforms that might find and misinterpret our attempt at communication. All these discordant elements meld into a singular work that, as would be expected from RMP, defies categorization.

Other published or forthcoming books in the RMP catalogue include a strange take on the Impressionists (Adamy Golaski’s Color Plates), an exploration of circus “freaks” (Nicelle Davis and Cheryl Gross’ In the Circus of You), and a collaged/multi-media biography of a Czech fairytale writer (Kelcy Ervick Parker’s The Bitter Life of Bozena Nemcova).

RMP also publishes a number of texts and anthologies ideal for college courses, such as its Field Guide series, that can be used as primers to introduce new readers to hybrid genre literature. Beckel and Rooney note that there has been exponential change in the acceptance of such work in the broader culture since they started RMP.

“In the decade since our founding, we’ve been delighted to see hybrid genres gain increased popularity and to see more publishers from big houses in New York to small ones all over the country taking chances on publishing hybrid work,” Beckel and Rooney say.

“We’ve also been thrilled to see the explosion of popularity over the last 10 to 11 years of flash fiction and flash nonfiction. It used to be in the beginning that people asked us nearly daily what flash fiction was. Now we rarely get that question and mostly hear ‘I love flash!’ We’re happy to see so many literary journals publishing flash fiction, flash nonfiction, and prose poetry now, and are pleased that we’ve played a part in publicizing the genre and providing publishing opportunities for flash writers.”

At the end of the day, Beckel and Rooney feel that their efforts are part of a broader movement to bring more exposure to authors and genres that might not find a home otherwise.

“We love getting to participate in the vibrant contemporary literary community — the small press and nonprofit press community is wonderful because it’s collaborative rather than competitive,” they say. “We’re all trying to create more opportunities for writers to publish and more opportunities for readers to experience great writing, and in our case, hybrid genre writing that they may not have encountered before.”