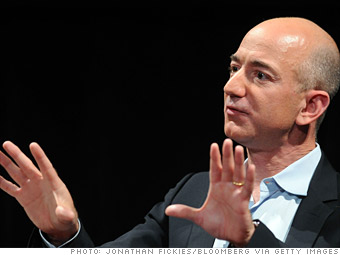 The news was everywhere last night and today everyone is buzzing about Jeff Bezos’s purchase of The Washington Post. While there’s been some interest in Bezos’s political views (and many people happy it was Bezos and not one of the Koch brothers who bought the Post), much of the attention is focused on Bezos as a tech guru. Here we have a Washington institution that’s a great example of old-time media, and now it’s under the control of one of the people who is revolutionizing commerce on the internet. Here are just a few things we know about the deal:

The deal raises a lot more questions than there are answers right now. Could WaPo become the best example of what media will be in the internet age? (And the follow-up: what does that look like and is it any good for journalists and readers?)

Will the Post, in whatever guise, become an engine of e-commerce of some sort?

And, even though this may seem reductionist, we are book people here at the Independent and I’ve got to ask: what does this mean for the Post’s book review section? If you were to ask the CEO of Amazon (and also owner of Goodreads) what he thinks is the role of a newspaper book review, or even an online-only book review, what would he say?

Once I win tomorrow night’s Powerball ($400 million, people!) I will make sure to ask him before I make an offer of my own on the Post. (The other thing I’ve been thinking about doing with the money is buying a fleet of drones. But that’s a topic for another post.) Until then, rather than speculate, I’d like to open it up to readers. Thoughts on the sale? Memories or experiences with WaPo you’d like to share? Predictions for the future? Other questions on your mind? Please comment below.