We interview the author of The House Girl, a novel that, in Independent reviewer Gerry Hogan's words, "has so many strengths that it is hard to know which to highlight...." 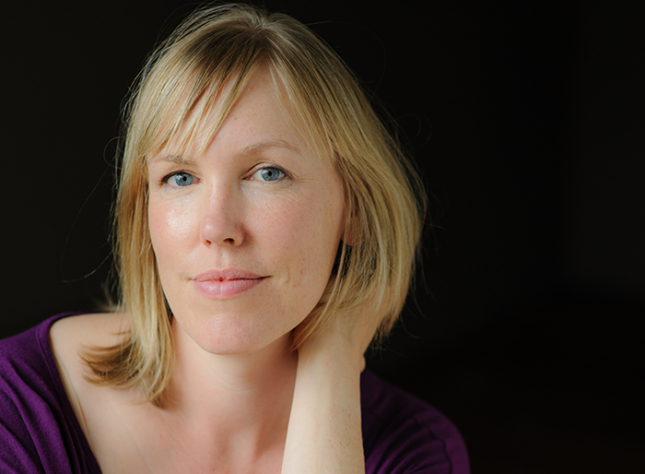 About The House Girl

It is through her father, renowned artist Oscar Sparrow, that Lina Sparrow discovers a controversy rocking the art world: art historians now suspect that the revered painting of Lu Anne Bell, an antebellum artist known for her humanizing portraits of the slaves who worked her Virginia tobacco farm, were actually the work of her house slave, Josephine.

A descendant of Josephine’s would be the perfect face for a class-action lawsuit seeking reparations for the descendants of slaves if Lina can find one. In piecing together Josephine’s story, Lina embarks on a journey that will lead her to question her own life, including the full story of her own mother’s mysterious death.

Alternating between antebellum Virginia and modern-day New York, this is a searing tale of art and history, love and secrets that asks whether truth can be more important than justice.

This is your first novel and a very fun, interesting, thought-provoking read. What sparked the idea for the story?

The initial inspiration came from the words “slave doctor” that appeared in a biography I was reading.  That term made me stop.  I wondered what kind of person would occupy such a conflicted role – to be dedicated to healing and yet to treat only patients who were destined for more harm.  From there, I wrote a story about a slave doctor, a man named Caleb Harper who works for a fugitive slave catcher.  Two women appeared in Caleb’s story – Josephine, a runaway slave, and Dorothea, a white woman working on the Underground Railroad.  I really wanted to know more about these women and so I kept writing.

Reparations is a sticky issue. Is this why you didn’t have the case actually come to trial in the novel? How would you answer some of the questions raised by the legal team (i.e. who would be responsible for paying reparations for slavery? Can individuals be held responsible for the “sins of their fathers”? How would a level of damage be assessed?)

Those are some complicated questions that have vexed a lot of lawyers and judges over the years.  The short answer is that, purely as a question of law, the payment of reparations is very difficult to sustain.  Slavery was, of course, legal while it was happening.  And to prove that today’s descendants of slaves have suffered harm as a direct result of slavery is extremely difficult.  But I think the idea of reparations has more to do with memory and truth than it does with actual financial compensation.  Ron Dresser, the character who prompts Lina’s firm to take on the reparations lawsuit, says as much in the book:  “You call it the legacy of slavery and nobody bats an eye. You call it six point two trillion dollars and it’s a different story.” Lawsuits are as much about airing the facts – uncovering what happened – as they are about apportioning blame, and that’s really what I wanted readers to think about.  If the reparations case had actually gone to trial, it would have been a very different book.

Looking back, it is extremely difficult for modern readers to understand how terribly humans were treated during this period in American history. How could treatment like this be justified by the government? By individuals? The doctor says, “I did not even think of him as a man, which is the sorry shameful truth of it” in reference to a captured runaway slave. Is this what explains it? Is this how people had to feel in order to make slavery possible? But, how is it possible for a person to look upon another human being and not recognize that person as a man?

These are questions that continues to plague the world – from World War II to the apartheid years in South Africa to the Rwandan genocide.  I think in any period where a specific group is targeted for violence or repression, there’s a dehumanization process that occurs.  Individuals adopt a group mentality, helped along by the media and political speech that allows them to do unspeakable things.  Unlike these other historic periods, however, American slavery persisted for so long.  Generation after generation believed in this divided view of humanity, and what does that do to a society, a family, an individual?  Can you blame someone who has never known anything different?  The moral issues become so complex.  In the character of Dr. Caleb Harper, I was interested in examining how a white man wrestles with these issues.  Caleb knows, at heart, that something is fundamentally wrong with the society in which he lives, but he’s not strong enough to challenge his assumptions – until, that is, he meets Josephine.

You describe the office of one of the law partners as having many things kept behind glass: important documents, family photos, books, mementos. These important things could be seen, but not really felt or experienced. Does that mirror our experience with slavery? At this point in history, we read about it, think about it, watch movies about it, but can’t really know what it was like. Do you slavery as being behind glass for us?

That’s an interesting take on it.  To be honest, that was not the intent of the glass imagery but I certainly see what you’re saying.  I think that Dan’s distance from emotion and history is slightly different than our cultural distance from slavery. At the end of the day, how can anyone truly know what it’s like to be someone else: white, black, man, woman, slave, free?  Every person is a unique combination of attributes and circumstances that are impossible to duplicate.  We are all capable of empathy, however, and that is a muscle we should use every day, and one that I think fiction does an excellent job of exercising.  None of us can truly understand what Josephine feels, but we can perhaps call upon experiences in our own life when we felt trapped or restricted in some way, we can imagine what Josephine might have felt, we can empathize with her and in that way grow ourselves as human beings.

You use bird imagery throughout the novel. Was this a way to have readers juxtapose the freedom of birds (and the modern characters) with the slaves in the historical portion?

Yes, that was partially the reason for the bird imagery. Lina of course enjoys the freedom that Josephine did not – Lina’s surname is Sparrow, and Josephine watches and is inspired by a sparrow that she sees out her mistress’s bedroom window.  I also sprinkled parallel images and circumstances throughout the novel to raise the broader theme of the proximity of history.  Faulkner’s enduring quote has always been one of my favorites:  The past isn’t dead and gone; it isn’t even past. The bird imagery was part of my attempt to show the repeating patterns in life and human nature (in this case, the desire for freedom) that transcend time and place.

Slaves were not the only ones with restricted “freedom” in the 1800s. Your depiction of Lu Anne Bell shows that even rich white women lived severely restricted lives. In my opinion, Lu Anne is nearly as tragic a figure as her house slave, Josephine. In fact, readers are exposed to the difficulties/tragedies of the intimate lives of four women in the novel: white plantation mistress; female house slave; modern-day, hard-working, big-city attorney and modern-day artist trapped in a domestic life. Which of these women do you sympathize with the most?

That’s a very tough question.  I sympathize with them all, for different reasons.  Yes, I agree that Lu Ann is also tragic, and even Dorothea Rounds, the white woman who is active on the Underground Railroad, must fight against her father’s assumptions about what is “women’s work.”  I think the varying ways these characters lack freedom goes back to the issue of empathy, and what fiction is so good at invoking. I wanted to show how all of these women were linked in their experiences and struggles – even though, on the face of it, they are each so different.

One interesting piece of advice from the book is “let your heart lead you, do not be afraid, for there will be much to regret if reason and sense and fear are your only markers.” Do you believe this? Is this how we should live our lives?

I do believe that! Of course, there is always a place for reason and sense but I think fear is such a controlling factor in our lives – fear of others, of new experience, new people, anything that’s outside our comfort zone.  Yet it’s exactly those kinds of experiences that broaden our minds, inspire us and help us grow.

Dresser, the character who hires Lina’s law firm to work on the reparations lawsuit, says “there is not one single national monument to our brothers and sisters in chains. Why is it that we have nineteen Smithsonian museums – nineteen, one just for goddamn postage stamps – and not one is dedicated to memorializing the people who lived in bondage and helped build this country?” Do you think he would be satisfied to learn that ground has been broken on the Smithsonian African American heritage museum on the national mall? Or would he not feel this was enough? Does Dresser really feel reparations are due, or does he just want the issue to be brought to the forefront of national consciousness?

I think he would be happy to know about the new African American museum but I think his response would be: It’s been a long time coming.  I think he’d also want to be on the museum’s board so that he could have some input into the exhibits!  For Dresser, the reparations case is very much about raising awareness and uncovering the truth about what happened: naming names and re-writing the historic record.  The money is incidental – or rather, the damages claim is a means to an end.  This plays into my answer above, regarding the legal difficulties with a reparations claim.

Mandy Huckins holds a Master of Arts Degree in English from the University of Charleston in South Carolina. She recently moved to the Washington, D.C. area with her husband, an Air Force officer. When not reading, Mandy works for the Combined Federal Campaign-Overseas, which provides uniformed service members and DoD civilians serving overseas the opportunity to make a charitable contributions to one or more of over 2,500 different organizations.