Carolyn See of the Washington Post said, “Everyone in the world should read this book.” She is absolutely right. 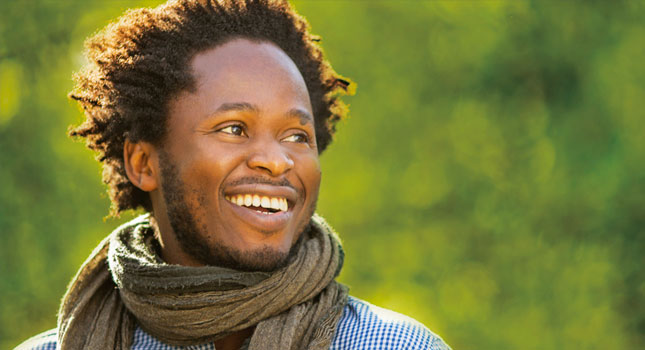 Radiance of Tomorrow is the story of Imperi, a town temporarily reclaimed from the savagery of war, cruelty, murder, thievery, rape, and the depredations of a mining company intent on its own profits. And yet, the people of this Sierra Leonean village, attempt to thrive.

Q&A with Ishmael Beah, A Radiance of Tomorrow

This book is alternatively amazing and incredibly sad, the resilience of humans can clearly be both. How in the world did you write this story without becoming terribly sad and, alternatively, furious?

We live in a world that has that duality of incredible beauty and horror. I juxtapose them in my work. I felt many emotions while writing this book, but at the end of it all, I continued on living just as some of my characters. For me as a writer, everything that makes me incredibly sad and/or furious becomes what strengthens my spirit to write with urgency so as to open a window to that thing, that place, that idea that must be made known in the world somehow.

I don’t think I could have survived the story without Colonel. How did you create him? Is he based on fragments of people and things you knew or is he that seminal character that should naturally exist?

Colonel can be any of the thousands of former child soldiers around the world. He was the most challenging character to write. I had to walk on a fine line between explaining that his experiences in the war had given him a characteristic and insight that he could use beneficially, but without celebrating or endorsing violence as a solution to or as a form of resisting what life threw at him. I had to show his intelligence in the decisions he made whether they are perceived as violent or otherwise. Lastly, I wanted the reader to understand that when people’s dignity is trampled upon they do resist and just don’t allow it to happen. They naturally resist in every possible way to preserve themselves. Colonel was the character that illustrated this natural impulse.

You created highly flexible elderly people who were forced by their circumstance to change. They are soft pillars and remarkably real. How easy was it to stop writing this story?

It was actually difficult to stop as I felt the story starting over and over again. However, I was aware from the beginning that this novel won’t go for an ending that has a sort of finality.

This isn’t how life is. Something is always left unresolved.

Early on, Nyama Yagoi returns to his home village of Imperi, with scars cut into his face “magnifying his grin.” His old friend says “Well, you came out of that madness with an extra smile!” It’s the story of all of these people. Did you mean it so?

Certainly. People in places that have had war do not walk around looking defeated or dragging their sorrows in a burdensome way as they are sometimes portrayed. If anything, they have come to understand how fragile life is and with that knowledge they try to celebrate every waking moment with a genuine simplicity and appreciation. Humor also becomes medicine and it is used to deal with the past and accept its consequences that cannot be changed but rather one’s attitude in the presence can determine the immediate future. A future as immediate as what one’s morning, afternoon and evening will be.

Are the popular songs in the book real? The lyrics are so apt and wonderful. “We are permanently waiting for the temporary war that is nearing ten years to end…”

Not all of the songs are real. A good number of them aren’t. In particular the one you mentioned was imagined based on the circumstances and the mood of the narrative at the time. I thought if I was a musician, I would have written such lyrics. One of the songs that is real is the one about “yesterday was better than today…” It is from a Sierra Leonean artist called Emmerson.

Visible pain heals more quickly, is it true? Is it because other people can automatically share it with you whether you want to or not? It forces a reckoning over and over again.

Visible pains are indeed the quickest to heal. They are easy to treat in the sense that they can be tackled directly and others can empathize because of the nature of the pain; it is private and public. Psychological pain on the other hand or trauma is extremely difficult and the wounds of it aren’t visible. They are private and take longer to heal.

Getting used to the fragility of things gives one no taste for the future? It can’t be easy to wake up without faith in the good that the next day might bring. And yet, every day the villagers of Imperi, get up, walk to school, teach their students, greet their neighbors and keep on living. Where in the world does strength reside in these characters? It can’t be in their eyes, their past or their present. Maybe not even in their hearts?

On the contrary, understanding the fragility of life gives people strength to embrace the beauty of just waking up in peace, to work at becoming good to others as you do not know what your circumstance will be the next minute or day. So they actually do think of a future but with caution and not taking anything for granted.

The strength of these characters comes from their traditions, wisdom and the communal aspects of their lives that didn’t completely get shattered during the war. The idea is that no one is alone and we all belong to each other whether we like it or not. And we all must assume the roles in that collective sphere of our existence. The children must be children to all, the elders serve as the guides of moral, ethical standards and providers of wisdom to all, etc. In the community of Imperi, regardless of every character’s behavior be it good or bad, they do not completely abandon that idea that they belong to something bigger than themselves.

There in the village with no electricity, the characters can “watch television”—the mindless box of people who do things that the watcher wouldn’t or couldn’t do? Is the human ability to always find a way to be amused resilient or crazy? Which one? Both? Why?

The characters are resourceful so they use generators or car batteries to watch television and play music. Humans always have the ability to find some sort of joy even in the darkest hours of their lives. Actually when things get so bad and horrible they do become funny because you cannot believe what is happening and you laugh to cope. Also, humans always look for ways to escape and if you cannot physically then you can through imagination which is free and can be done anywhere at any time.

Isn’t it rather optimistic for the elders to still believe that the gods they are looking for reside in other men? Is it a belief that we all ought to share? If so, what might it accomplish?

The idea is that we all possess some form of godliness within us. And the characters also believe in a higher power because of the things they had survived. There isn’t necessarily something to accomplish with this belief, it is more of an understanding that as human beings, our lives do have meaning and a sacrosanct nature to it until we die. It doesn’t matter who we are, where or in what condition we live.

Chapter 6 was the first time that this reader kept reading without a pause. Did you feel a kind of change in the narrative going forward? There seemed to be a moment when the reader could dare feel optimistic?

I felt optimism throughout the narrative, the beginning for example that had all the possibilities of fulfilling the nostalgia about home. I wanted to present several challenges to the very notions of what it means to be optimistic, to be hopeful. Does it mean the absence of challenges? Or is to be optimistic itself to believe in the goodness of the world even when we are somewhat aware that there are other things at play? Why do we always want to be optimistic?

“An incremental woman” would not allow work to pile up. I love this description of Kula, the wife of one of the main characters. And when her husband actually notices that her beauty “sometimes” gets lost in the work of taking care of her family. This strikes me as kind of true of all women. Are you writing about several women in Kula? Who are they?

I am specifically writing about a woman in the situation of the narrative. I guess some things apply generally around the world. I wanted to show the strength of women in all times, be it war, post war and peace times. Their strength to hold the family together and even to remain feminine in the face of horror is remarkable and yet it is often not highlighted. Especially when it comes to African women. They are often presented as weak and that is incorrect.

So it’s silence that brings the spirits to the living? Can you elaborate?

It is a particular kind of silence. It isn’t one that is forcefully created but occurs naturally and everyone present feels a pause in their spirits and minds. This sort of silence is hard to feel in big cities where the wind cannot easily bring the words of nature to the ears of the living.

“Sleep is a visitor…but not to empty bellies.” This too stays in the readers mind. Sleep has a choice, to come or not. Do you know how we can induce it to visit and to stay?

Here, I am getting at what hunger and desperation really is. It even has the ability to alter some natural occurrences in the life of a person. Sleep can come and stay when one’s mind and spirit are at peace and that can mean many things depending on the individual.

“Fishing,” the new kind of thievery in the big city. Aren’t there always ever more ingenious ways to steal? Tell me about the more ingenious way to survive without stealing in a place like the city? Is it still possible?

Answering this question could be another novel as there are certainly many ingenious ways to survive without stealing but finding a way to remain a few steps ahead of life and death.

Kula describes the characters in the city: “The ritual of broken dreams that gets performed over and over again…” Sounds like the sad history of a people in a way, doesn’t it? No one in the story has a good dream that actually comes true and yet, the story ends optimistically. Will you bring this family back to your readers?

The meaning behind it is also that each time dreams get broken they are rebuilt with better insights for some people, not for all.

I do hope to bring back Kula’s
family to the readers. As of now they live in the way each reader chooses to
interpret the story.