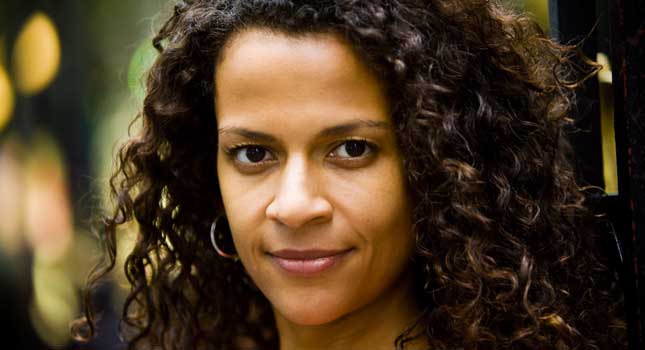 Looking at Paul Laurence Dunbar Senior High School from the beginning until now, what were the best parts and what has completely disappeared?

The best parts of the school were the highly educated and respected staff, the thoroughly supportive community and the high expectations set for students. Sadly today, teachers don’t get the respect they deserve. Also a byproduct of the shrinking middle class means you don’t have as many folks who can rally or even know how to rally around to protect a public school.

How many years did the old Dunbar last?

Dunbar
started in a church for African-American students who wanted to get complete
educations, to go to college. From the beginning, all of the students went to
college, several to Ivy League schools. How quickly did the student body
grow?

It was amazing how quickly word spread about Dunbar. The student body grew tenfold within the first five years. People came from across the country to send their children to Dunbar. It was one of the reasons the local community continued to fight for space.

You went through the school’s archives, did you also do many live interviews? There were so many pictures and yet the readers still want more. Is there now a database of photographs and archival information on Dunbar?

Any of the interviews in the book, unless otherwise noted, were interviews I conducted personally. There were also interviews that unfortunately didn’t make the book. As for visuals,the Sumner Archive and Museum in Washington has so many Dunbar yearbooks, photos, and newspapers. It is a great resource for the images of the school. Some of the images were courtesy of Dunbar graduates who were kind enough to share personal items. And finally some of the images I had to pay for personally.

When did the Dunbar of old really begin to change? And why?

The first big shift happened after Washington legally desegregated. Dunbar went from being what we think of as a magnet school to a neighborhood school. Instead of a group of students who were coming to Dunbar with the sole intention of getting to college, the school now had students come in for whom that was not an option or not a goal. Over time, the problems of the neighborhood and the problems of D.C. became Dunbar’s problems. The health of a public school reflects the health of a local community.

Your mother and father were Dunbar graduates. Were they forever marked by the experience?

The definition of elitist is:

1. The belief that certain persons or members of certain classes or groups deserve favored treatment by virtue of their perceived superiority, as in intellect, social status, or financial resources.

2.a. The sense of entitlement enjoyed by such a group or class.

b. Control, rule, or domination by such a group or class.

I don’t think that definition applies to what the school’s goals were. Did certain people behave this way?  Anecdotally, there are accounts of people who perceived some Dunbar students as elitists.

Is there a list of the most accomplished graduates?

Currently, at the new Dunbar, there are plaques throughout the school with the names of the Dunbar graduates who have made history. It is quite an amazing list. It includes politicians, lawyers, artists, educators, and military leaders. Amazing.

Is the school’s current paradigm a result of anything that happened in the early days?

I think the new emphasis to use the past to inspire the future is great.

How can we ensure that changes never diminish what Dunbar has meant to so many of its graduates?

Is it true that Dunbar will become a predominantly white school by the year 2015?

I don’t see how that could happen.

Sounds as if there is enough Dunbar history for a second book. Will you write it?

There’s enough Dunbar history for FIVE books. That was the most challenging part of the project.

Was there anything that you ran across in the archives that set you on another writing path?

I may explore writing about a few people I stumbled upon while researching the book.

Dunbar graduates
Delores B. Gidney (‘53) and Patricia B. Vailes (‘50) interviewed Stewart about their alma mater.