In the Beginning Were the Words

A devastating early memoir that spoke the truth about slavery. 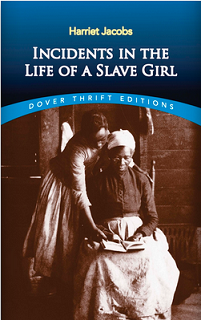 Any roll call of saints must include the name of Harriet Jacobs (1813-1897), who escaped from slavery in North Carolina and documented its pernicious evils in her extraordinary book, Incidents in the Life of a Slave Girl. First published in 1861, the memoir smashed the Southern euphemism of slavery as a “peculiar institution” and pulverized the myth of the so-called Free North, which, she writes, also “aped the customs of slavery.”

Like most abolitionists, Jacobs dedicated her freedom years to helping others flee bondage. She wrote her book “to arouse the women of the North” to realize “the condition of two millions of women at the South, still in bondage.” She wanted to convince people in the Free States that slavery was a foul pit of abomination.

American slavery began in 1619 when a Dutch man-o-war docked in Jamestown, Virginia, and sold the 20 Black men onboard to white colonists. By 1860, one-sixth of the population of the United States consisted of slaves. To read Incidents in 2020, in the midst of the Black Lives Matter movement, when the president of the U.S. cheers the Confederate flag, is to experience a time warp forcing reflection on the decades since Jacobs published her searing narrative.

Did she ever imagine that it would take four years of Civil War, three “slavery” amendments to the Constitution (the 13th, 14th, and 15th), plus the 24th Amendment in 1964 (outlawing poll taxes) and the Civil Rights legislation of 1960, 1964, and 1968, to give African Americans a path to equality?

Jacobs also established the Jacobs Free School, knowing that literacy led to liberty. The fact that an enslaved woman could read and write is in itself phenomenal because the Anti-Literacy Laws in most slave states made the educating of slaves a criminal offense punishable by fines, floggings, and imprisonment. These laws arose out of the fear that, once slaves became literate, they could forge the documents required to escape to freedom.

Jacobs writes with amazing style and grace, saying she was taught by “a kind mistress” with whom she lived until she was 12. Jacobs then went on to secretly teach others, including “an old black man” [age 53] named “Uncle Fred,” who begged her for “learnin.” Within six months, he had read through the New Testament, and she marveled at his progress. Here she adopts a dialect of the unlettered, which jars modern sensibility, but it was her way of differentiating between the literate and illiterate:

“Lord bress you, chile,” said Uncle Fred. “You nebber gibs me a lesson dat I don’t pray to God to help me to understan’ what I spells and what I reads. And he does help me. Bress his holy name.”

Jacobs tells readers there are thousands like Uncle Fred, who “are thirsting for the water of life, but the law forbids it, and the churches withhold it.” She beseeches missionaries who go abroad to instead stay home and preach to America’s slaveholders that “it’s wrong to traffic in men, to sell their own children, to violate their daughters…And to shut their brethren [from] the light of knowledge.”

She centers her story on the villainy of her master, a white doctor who tries to bed her as a young child while his wife, although jealous, looks the other way:

“Southern women often marry a man knowing that he is the father of many little slaves. They do not trouble themselves about it. They regard such children as property, as marketable as the pigs on the plantation.”

The physician’s wife was “totally deficient in energy [to work] but she had the strength to sit in her easy chair and see a woman whipped ‘til the blood trickled from every stroke of the lash. She was a member of the church.”

Young and pretty, Jacobs frequently “passed” because “in complexion my parents were a light shade of brownish yellow, and were termed mulattoes.” But being attractive was a heavy burden for a slave:

“If God has bestowed beauty on a slave, it will prove her greatest curse. That which commands admiration in the white woman only hastens the degradation of the female slave…Slavery is terrible for men; but it is far more terrible for women…[T]hey have wrongs and suffering and mortifications peculiarly their own.”

Writing with 19th-century decorum, Jacobs shrouds the grisly rapes and violent sexual assaults endured by female slaves as “the guilty practices of the Master,” “his unspeakable acts,” and “wrongs which even the grave does not bury.”

She enraged her master by taking a white lawyer as her lover and having his two children. The lawyer, who became a member of the U.S. House of Representatives, purchased the children from the doctor and let them live with Jacobs’ grandmother, a freed slave.

The lawyer did not free the children, however, because, as she writes, a white man “may have a shoal of colored children without any disgrace, but if he is known to purchase them with the view of setting them free, the example is thought to be dangerous to their ‘peculiar institution,’ and he becomes unpopular.”

At the age of 27, Jacobs engineered her escape, which so enraged her master that he hired bounty hunters to chase her down. She managed to evade capture, though, even when she secretly returned to North Carolina.

With sly cunning, Jacobs wrote a letter to the doctor indicating she was walking free on the streets of New York. She got it smuggled to a fleeing slave, who, in turn, had it posted in the North and delivered back to North Carolina, where Jacobs was hiding — splayed in the crawlspace of her grandmother’s attic — a few hundred yards from the doctor’s home. Her ruse insured her safety as she waited for the opportunity to free her children.

Jacobs hid in her grandmother’s attic for seven years — and could barely stand up straight when she finally emerged — before abolitionists purchased freedom for her and her children. But while she was grateful, she writes, “I despise the miscreant who demanded payment for what never rightfully belonged to him or his.”

Her grandmother, who protected the family, lived to rejoice in Jacobs’ freedom, but soon Jacobs received a somber letter with a black seal. She writes that her beloved grandmother had gone “where the wicked cease from troubling, and the weary are at rest.” She concludes her narrative by cherishing what she had fought for in bondage:

“Readers, my story ends with freedom, not in the usual way, with marriage…or a hearth or home…which is still my dream…[but] I and my children are now free.”

(Note: A collection of slave narratives, part of the WPA Federal Writers' Project of the Great Depression, is housed at the Library of Congress. Click here to view it.)

Gerard Woodward's August, published in 2001 in the UK, is our August Slow Reads recommendation.

Tell Us About Forgotten Books That You Can’t Forget

With the relaunch of "Slow Reads" as "Rediscovered Treasures," we're looking for books to feature. Tell us about a book that you love that might have been forgotten or overlooked.