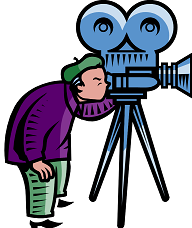 Streaming TV series have brought a whole new dimension to filmed entertainment. The upgrade in cinematic quality has attracted movie stars and given screenwriters room to develop complex characters and plots.

But this extra room is not always a good thing. Often, it seems to give those making the program a license to confuse the viewer with a mishmash of time, disrupting narrative continuity because they can.

A couple of cases in point:

The time shifts in “Station Eleven” — between Year Zero, when the flu pandemic hit, and 20 years later in the post-apocalyptic aftermath — largely reflect those in the novel by Emily St. John Mandel, but somehow it seems easier to follow the back-and-forth when reading rather than watching it. It might be less of a challenge for binge-watchers, but I tend to rotate through a long list of shows.

“Dopesick,” like “Station Eleven,” is a compelling story — well written, with excellent performances. Based on the nonfiction book by Beth Macy, it chronicles the development of the opioid crisis and the efforts to stop it, with Michael Keaton playing the poor, hoodwinked Appalachian doctor who himself becomes addicted, and Michael Stuhlbarg as the evil Richard Sackler masterminding what comes across as a sociopathic plot motivated by greed. This limited series toggles forward and backward in time with dizzying speed. Eventually, you give up trying to follow the thread of timeframes and just absorb the drama.

Don’t get me wrong. These were great shows, and perhaps the time shifts help tell the story. However, I would contrast them with two recent movies that allow drama to build via a narrative that has a beginning, middle, and end. They remind you of the artistry of telling a story in a couple of hours and the impact a concentrated dose of drama can have.

The movies are “CODA” and “Belfast.” Both won Oscars this year for screenplays. Sian Heder adapted the screenplay for “CODA” from the Belgian movie “La Famille Bélier” and directed the film, which also won the Oscar for best picture.

CODA stands for “child of deaf adults,” and the film tells the story of a Gloucester fishing family faced with a crisis when the teenage daughter, Ruby, the only hearing member of the family, wants to pursue a singing career. It is touching and a breakthrough for portraying disability on the screen (the deaf characters were played by deaf actors; Troy Kotsur, who plays the father, won the Oscar for best supporting actor).

“Belfast” won the Academy Award for best original screenplay, with the multitalented Kenneth Branagh directing the black-and-white film that pays homage to his own childhood in Northern Ireland. The young boy, Buddy, is charmingly portrayed by Jude Hill, but veteran actors Judi Dench and Ciarán Hinds often steal the show as Granny and Pops (Hinds’ rendition of Richard Burton’s “How to handle a woman” from “Camelot” is a showstopper).

The violence of the Irish Troubles in that period stays largely in the background; the drama comes from the torturous decision of the family to uproot themselves from relatives and neighbors and move to London.

Both films are described as coming-of-age, but beyond that, they show the strength of family bonds. The intense conflict in “CODA” is resolved as the mother finally takes the daughter seriously, and the tensions between the husband and wife (winningly played by Jamie Dornan and Caitriona Balfe) in “Belfast” melt away when they dance together at a festival. A crushing family hug creates a touching moment in both films.

There is doubtless room for all kinds of narrative, but the constraints of moviemaking argue in favor of a straightforward telling of the tale. And that’s not such a bad thing.