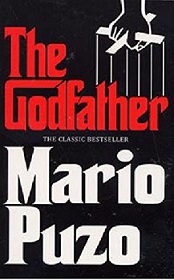 I recently spent some time in Ojai, California, a wonderful little artsy resort town about 90 minutes north of Los Angeles (or four hours north, depending on traffic).

Anyway, once you get outside of LA, you are reminded how nice California can be, which is why so many people live there, even though their votes don’t really count in a presidential election year.

Heading to Ojai (pronounced “Oh, hi!”), I took the Pacific Coast Highway, thus checking it off my bucket list. I didn’t really have a bucket list, but since the P.C.H. would be on one, why not check it off? Of course, this route is so scenic there is a good chance you’ll miss a turn while gazing at the views and drive off a cliff, thus ending your bucket list prematurely.

Located in a valley and surrounded by mountain ranges that no one, including longtime residents, seemed to know the name of (this is California, folks), the town is one of the most beautiful spots I’ve seen. It’s also probably on many bucket lists. Check.

Once in Ojai, I communed with nature and various local brews. I met some interesting folks who happened to be in the movie business. I mean, people who were actually in films and TV. One fellow has had many small parts on “NCIS,” usually cast as a bad guy. (He said Mark Harmon is both a very hard worker and a very nice guy.)

Needless to say, we all talked movies and scripts.

One thing that surprised me a little was how much respect the actors had for good writing. They knew that they were in a business that primarily values the dollar, which is why Hollywood keeps turning out these “blockbuster” blow-em-up movies, even though some recent entries have blown up at the box office.

But these actors really liked movies (“Chinatown,” “L.A. Confidential,” “The Godfather,” and the like) that had terrific scripts. And they liked Steven Spielberg because many of his blockbusters (“E.T.,” “Jurassic Park,” “Jaws,” etc.) contain excellent dialogue.

Some movie lines have entered the national canon. Can you match these with the movie?

I won’t even give you the answers. You know them. I’ve used lines from “modern” films because these are the ones I discussed in Ojai. And because, in the context of the films they’re from, they provided humor in otherwise terrifying situations. A mob hit. A shark attack. A T. Rex chase.

My point: What works in good movies should work in most novels. My genres are mysteries and thrillers. Lots of dead bodies and tragedies. And much like real life, such fiction needs some leavening. Sex is good, but I find that humor is often better. And I believe novelists should not confine humor to only “good” characters. (But they do get all the sex.)

As I’ve often said, villains are people, too. I’m not talking about those losers I call “Star Trek extras,” who only exist for a few lines in a book for the sole purpose of getting bumped off. You know, the unnamed thug who pulls a gun on your hero but catches a bullet before he (or she) can pull the trigger.

I mean the major villains who occupy plenty of copy and whose demise is usually left until the end of the book. In the interim, I almost always “humanize” them and give them some great lines (in the “Leave the gun, take the cannoli” spirit of things).

Take this exchange from a novel I am working on:

"As they drove away, Solano said, 'It’s too bad about Yogi Berra. I bet he might have been at the game.'”

“Idiot! He was in a nursing home when he died. He didn’t go to spring training any more. But cheer up. Maybe Derek Jeter will be there. He lives in St. Petersburg. That’s right next to Tampa. His house is so big they call it St. Jetersburg. Perhaps you can get his autograph.”

“Don’t think I won’t try. And a selfie, too. The Yankees retired his number, you know. Like Ruth, Mantle and the rest.”

“They retire so many numbers, they will soon have to put triple digits on their uniforms!”

“No argument there, compadre. One of the best.”

Just two baseball fans talking about a spring training game they hope to see, right? Well, not exactly. They happen to be the top killers from a Colombian drug cartel who just tossed an informer into a boiling volcanic pool.

I find that such mood-changers make an inevitable comeuppance more dramatic. Sometimes I may overdo the humanizing, of course. Since my books are serial, I’ve had some readers complain that they really liked a few of the villains I killed. They wanted them back in subsequent novels.

I’m a Jeter fan myself, but I’m pretty sure these two maniacs will not make it out of this novel alive.

Lawrence De Maria, once a Pulitzer-nominated New York Times reporter, has just released his 17th self-published novel, Shadow of the Black Womb, an Alton Rhode mystery, on Amazon.com. His books are available at ST. AUSTIN’S PRESS (BOOKS BY DE MARIA). He is now creating a bucket list, which includes lunch.

The Weasels of Wall Street