Forgotten but Not Gone

Lesser-known works by famous authors can make for a great read. 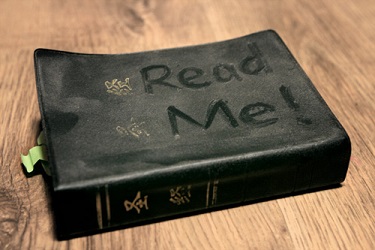 Although I’m often surprised by how dull the New York Times Book Review can be, the weekly feature “By the Book,” which questions writers and other celebrities about their reading preferences, often leads me to great discoveries — particularly to little-known works by bestselling authors.

For example, Ta-Nehisi Coates referred in a recent interview to one of his favorite E.L. Doctorow books, The Waterworks, which I (embarrassingly) had never heard of, even though I was a big fan of Ragtime and Billy Bathgate. With the author’s typical mastery of period detail, Waterworks describes a macabre experiment in 1871 New York that the reader only belatedly grasps is a chilling critique of modern medicine.

Due to a tip from a friend in publishing, I latched on to Don DeLillo with his 1982 novel, The Names, which I liked so much that I backed up to catch some of his earlier novels, such as End Zone and Ratner’s Star, and then followed him faithfully through his subsequent ones, White Noise, Libra, Mao II, and Underworld.

I’ll admit I lost track of him after that, until Ann Beattie mentioned in last week’s “By the Book” that DeLillo’s 2010 Point Omega was one of her favorites, so I have quickly acquired that short novel, too.

It turns out that many obscurer works by famous authors have a loyal following — readers who sometimes find these works superior to the bestsellers.

Joseph Heller’s Good as Gold, about a Russian-American Jew offered a chance to be America’s first Jewish secretary of state, makes several of the lists floating around the Web (though few suggest it is actually better than Catch-22). Heller’s Something Happened also has been overshadowed by his iconic book.

William Golding’s Lord of the Flies has obscured his other work; both The Inheritors and Rites of Passage appear on lists of worthwhile little-known books. Scarcely read works in the oeuvres of Vladimir Nabokov (Pale Fire, Invitation to a Beheading) and Kurt Vonnegut (Bluebeard, Mother Night, Slapstick) have their devotees, too.

George Orwell makes several lists, both for Coming Up for Air and Burmese Days, novels written before his dystopian 1984 and Animal Farm. Aldous Huxley’s final novel, Island, is seen as a counterpoint to the better-known Brave New World.

Debut novels by writers who later made their breakthrough, such as Edible Woman by Margaret Atwood, Cement Garden by Ian McEwan, and The Invisible Circus by Jennifer Egan, also have their fans, who not only see the signs of future greatness but find these novels to be excellent reads on their own.

Among classical writers, Charlotte Brontë’s Villette and Joseph Conrad’s Victory have appeal, especially to other writers. Little Women author Louisa May Alcott wrote a little-known thriller, Behind a Mask.

And this is the tip of the iceberg. It turns out famous writers from Plato and Chaucer to Dante and Jonathan Franzen have works that are largely forgotten but well worth reading. Google or Wikipedia can find them for you. Enjoy.