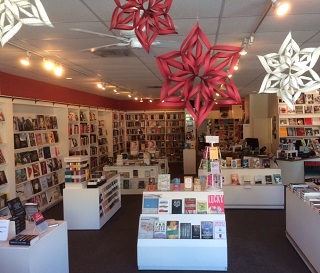 We live somewhere in the un-zoned sprawl of concrete and glass that is Houston, nestled near the Museum District and Rice University,” says Brazos Bookstore’s events coordinator, Benjamin Rybeck.

“We’re across the street from Beyoncé’s mom’s hair salon and next to a business that promises to pamper your pets.”

Except for a shared love of the written word, that is.

“We’re a store full of books and book nerds, and if you’re a book nerd, too, then we want to be better than anywhere you’ve ever been, yet still feel like somewhere you’ve been a million times,” adds Rybeck.

“We’re constantly delighted by the sheer variety of people who want to read.”

Have an independent bookstore you’d like to see profiled? Tell us about it in the comments section below!

We love every piece we run. There are no winners or losers. But all kidding aside, here are June’s winners.

We here at the Independent love every piece we run. There are no winners or losers. Having said that, here are February’s winners.