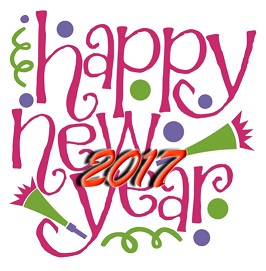 Also, could you tone down the politicking? From the beginning of 2016, politics took precedence, and regardless of where you fall on the political spectrum, we can both agree that it wasn’t pretty; mudslinging, election-related violence, and way too many hours spent obsessing over the latest political drama. So, could you just make yourself about world peace and brotherly love instead? Is that too much to ask?

And, while we’re on the subject, I’d appreciate it if you didn’t give me too many distractions. I’m trying to stick to a writing schedule, but oddly enough, on November 9th, I put down the dark police procedural I was working on and began writing a campy piece about a half-dragon, half-fairy detective and his human sidekick. Now, I appreciate inspiration, but I also have deadlines. I can’t just zip off into one story, leaving another one unfinished. But I did.

Because it was a sucky year.

Because I needed something to make me snicker.

Because I was afraid to open the newspaper to see which icon was being ripped from my chest this time.

And this is good news for you, 2017. I promise, if you treat me right, I’ll be good to you. I’ll keep working on my pieces, and I’ll sing your praises far and wide. We’ll get along fabulously.

Just so you know my plans, I’ll finish that campy fantasy piece; I’ll go back and finish the police procedural. I’ll do my best to follow my writing schedule for the year — but again, this depends on you. It seems that outside events do indeed influence my muse and what I choose to write.

That’s both good and bad. However, I have to tell you that I have several friends who are currently writing their first dystopian novels. And one of the authors usually writes romance! But 2016 drove him and a lot of other writers over that edge.

And 2017, just between you and me, I’m teetering there, too. It could happen. It would be awful. So, don’t go there. I mean it. You won’t like the results.

Anyway, out with the old and in with the new. Welcome, 2017! I hope you and I become good pals in the 365 days we’ll have together.

Writing as a purposeful act