The semester looming, I immerse myself in books 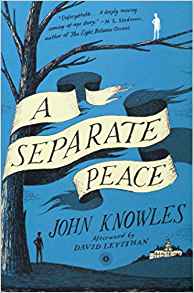 One week from today, fall semester classes begin at George Mason University, where I teach.

I’m already prepping to lead this new round of courses. Getting ready for those first-day meet-and-greets and get-to-know-one-another exercises. Gearing up for a fresh batch of syllabi — course plans dense with the weight of hard work ahead, but promising something hard-earned at the end.

Seeing students’ eagerness, watching them form friendships and communities, marveling at the work they’ll start to produce. All these new beginnings, even as the season itself shifts in another direction — leaves changing colors, the air turning cooler, crisper, weather that may always suggest school days to so many of us.

I would say I’m looking forward to getting back to school — except in many ways, I haven’t really left it this summer, and not simply because I do a lot of my own writing in my campus office even when classes aren’t in session. The fact is, academic settings have been at the core of much of my writing these days — and my reading, as well, the two purposefully intertwined.

My next novel is a crime story set in an all-boys boarding school. I’ve been writing it on and off for too long now, and during summer break, I’ve finally immersed myself more fully in my draft.

I can’t — won’t — talk much more about the characters or the plot at this point, but I’m glad to chat about some of the reading I’ve enjoyed working around this writing project.

A couple of weeks ago, after I shared a chapter of the manuscript-in-progress with my writing group, my fellow members started talking about how they love stories set in this kind of world — from A Separate Peace to the Harry Potter books, some of the very books I’ve had in mind writing my own. I understand that I’m writing within a very specific tradition here, and I think it’s my responsibility to understand that tradition.

I missed reading A Separate Peace when I went off to boarding school myself (Episcopal High School in Alexandria), because it had been the assigned reading for incoming students the year before; our year got The Catcher in the Rye. I’ve only turned to John Knowles’ novel more recently, but it’s already proved fundamental to my thoughts about my own manuscript, which, in fact, makes explicit references to the book.

But a couple of other titles have loomed even larger as models to aspire toward: Julian Barnes’ slim but stunning The Sense of an Ending and Tobias Wolff’s equally tight Old School — both of them frankly brilliant. And no need to limit my reading to fiction: Adam Hochschild’s memoir “World on a Hilltop,” from his collection Finding the Trapdoor: Essays, Portraits, Travels, echoes so many of the conflicts and concerns in my manuscript that I honestly wondered whether I could offer anything new — which then pushed me to find something more, something different.

Even with the potential of finding the stakes continually upped, I keep reading.

Earlier this summer, for example, I read the first book in Alexia Gordon’s Gethsemane Brown series. In Murder in G Major, Gethsemane — a classically trained musician stranded in Ireland — finds herself at the St. Brennan’s School for Boys, charged with winning an all-county orchestra competition with a struggling group of musicians. There’s a decades-old mystery to be solved as well — and a ghost, too! — but the mix of school pride and politics, traditions and tensions, proved just as enthralling as the investigation.

Then, last week, I finished Josephine Tey’s Miss Pym Disposes — technically set in a physical-training college, though everything about the setting calls to mind a girls’ boarding school: the bells that ring out on the first page and call out the schedule throughout the novel; the closed campus and its tight, even claustrophobic community; the hierarchy of both students and faculty and the relationships between them all. It’s a slow book, as most every modern reviewer notes, but a stunning one — subtly devastating.

While I didn’t know it when I started it, Miss Pym Disposes is a favorite of Oxford, England-based novelist Robin Stevens, who penned an article for the Guardian about her top-10 boarding-school novels — an article which shows she did some similar prep work herself for writing her Murder Most Unladylike series, featuring schoolgirl sleuths Daisy Wells and Hazel Wong.

Finding that article led me to a few other titles, specifically Agatha Christie’s Cat Among the Pigeons (started that this past weekend!) and Dorothy Strachey’s Olivia — plus Stevens’ own book, of course.

Coincidentally, another Guardian article looks at the long tradition of boarding school books — and their “dark underbelly” against the backdrop of power and politics and more — and so I’ve added a pair of literary classics to my list as well: Evelyn Waugh’s first novel, Decline and Fall, and the collection The Old School, edited by Graham Greene.

Other titles on my to-read list are more recent, including Tana French’s The Secret Place (how did I fall behind on one of my favorite series?) and a just-released novel which has already been earning some attention: Michele Campbell’s She Was the Quiet One.

When aspiring writers ask for guidance on improving their craft, one of the most frequent bits of advice is read widely. Similarly sound advice — I hope — is read with focus. Know your genre, know your subject, know what’s come before so you can figure out where you’re going yourself.

Art Taylor is an associate professor of English at George Mason University and the author of On the Road with Del & Louise: A Novel in Stories, winner of the Agatha Award for Best First Novel. His story “A Necessary Ingredient” from Coast to Coast: Private Eyes from Sea to Shining Sea, has been named a finalist for this year’s Agatha Award, Anthony Award, and Macavity Award for Best Short Story; you can read it here for free.

One bookworm's worries about moving

I Just Can’t Quit You

Unless you’re an ill-fitting book, that is…