An Ode to Satire

The tonic against tragedy. 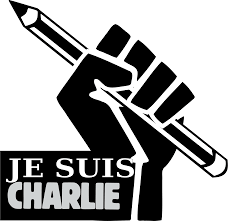 The murderous attack on cartoonists and their colleagues at the French satirical weekly Charlie Hebdo has prompted a debate on free speech, its limits, the role of satire, and a number of related topics important to our society. For most of us, the question at this moment is not whether the humorists at Charlie “crossed the line,” but who, if anyone, gets to draw the line.

Opinions are divided, but it is one issue where even Pope Francis made a rare misstep by declaring you cannot insult the faith of others. For all his good qualities, an Argentinian Jesuit who heads one of the most reactionary and repressive organizations in history is hardly an expert on civil liberties. In one fashion or another, anyone who cherishes a free society has to subscribe to the motto arising from the attack: “Je suis Charlie” (“I am Charlie”).

It’s difficult for Americans to imagine the impact of an entire publication getting wiped out. There is no real comparison to Charlie Hebdo in this country. The Onion, for all its wicked humor, doesn’t have nearly the edge or the penetration in society.

France, which crams 65 million people into an area slightly smaller than Texas, is a much more intimate society. Newsstands with printed publications still play an important role. The cartoonists, some of them quite senior, were celebrities in their own right (I remember several of them from my time in Paris in the 1980s).

The closest we can probably get to imagining the impact — though as with all metaphors, it limps — is as if Jon Stewart, Stephen Colbert, and John Oliver were attacked and brutally murdered while getting together for a story meeting. These are brilliant satirists who often bravely take on some of the country’s biggest controversies and puncture them with their humor.

Most of our satire is found on TV or in movies. But books are still an important source. Few can reach the heights of Joseph Heller’s Catch-22 or Kurt Vonnegut’s Slaughterhouse-Five, but contemporary writers can still help us understand our society better with their irony and sarcasm. In the U.S., we have Michael Chabon, Carl Hiaasen, Jess Walter, and a raft of other masterful satirists. In Britain, Martin and Kingsley Amis, Jeanette Winterston, Julian Barnes, and many other gifted writers entertain and illuminate.

Without deliberately setting out to read satire, I find myself pleasantly surprised when I encounter it. Joseph O’Neill’s The Dog got a mixed reception when it was published last year because it was such a departure from his 2008 breakthrough book, Netherland. But it is a bitingly funny satire not only about the life of a Western expat in the baffling culture of the oil-rich Middle East, but about the very diffusion of identity brought about by our digital lives.

From the imaginary e-mails that the narrator drafts but never sends — to the point where he loses track of what he has actually communicated — to the hilarious concept of “search libel” (manipulating the Google algorithm to associate a target with various diatribes), O’Neill nails the new dissonances in our daily lives.

Surprisingly, I found Chase Novak’s Breed, ostensibly a horror thriller, alive with delicious satire. Even as I turned pages to find out what horrifying events came next, I would laugh out loud at the fun he pokes at the pretensions of upper-middle-class society in contemporary Manhattan. The writer behind the pseudonym is Scott Spencer, who made a name for himself with books like Endless Love and A Ship Made of Paper, both of which were nominated for National Book Awards but are somewhat less overt in either their horror or satire.

Perhaps the best way to “be Charlie,” as the reverberations of the Paris massacre continue, is to celebrate satire and the tonic it provides in the face of tragedy and disappointment.

Darrell Delamaide, author of Gold and The Grand Mirage, lived for a decade in Paris’ 11th Arrondissement.

You mean you’re not studying Latin, either?