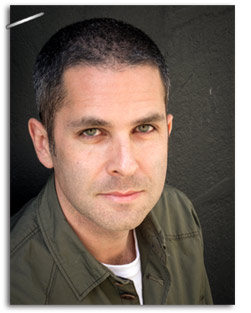 The Rise and Fall of Great Powers is Tom Rachman’s second book. In it, Tooly Zylberberg, the main character, owns a dilapidated bookstore in the Welsh countryside, inexplicably far from everything she has ever known. Tooly is a ward of the world who has never met her mother and was stolen from her father while they were living together in the Far East. She thinks she’s okay, and then the past comes calling. Her journey back in time is a surprising and interesting adventure.

Why did you write this story? What about all the so-called tropes that tell the writer the reader has to know what the book is about by page three? We didn’t know what this book was about and yet read very happily on.

I write what I’m curious to read. That’s what drew me in: characters and tales whose outlines I saw but whose details I needed to invent. Each book takes its own form, and one only figures it out by laboring at it. The structure of this novel is unusual, but I wanted to take up the dare of writing a book like this precisely because I wanted to see how it’d turn out.

Venn, the character who is most worshiped in the book, tells his young charge, Tooly, “Never get attached to objects.” He doesn’t seem to get attached to anything and, at first, this seems like a wonderful quality and good advice. Would you agree?

Not getting attached to objects makes life easier, that’s certain. But it’s extremely difficult to achieve — there’s a powerful urge to spread oneself out into things, to invest belongings with the spirit of oneself. Personally, when there’s an object I care for, I sometimes try to imagine losing it — I try to come to terms with that. But I’m probably just nutty.

In the book, you describe brothers as being “wholly unreliable and utterly trustworthy.” This is so true. You know your brothers love you, but you simply can’t count on them. What is it about unreliable brothers that makes them so appealing?

There’s a psychological phenomenon called “partial reinforcement.” What it means (and we’ve all lived its effects, I imagine) is that someone who is plain mean is not appealing, and someone who is always loving is not appealing. But someone who offers warmth and love and kindness — but does so irregularly, unpredictably, inconsistently — now, those are the ones we get addicted to. That loyal/selfish character is among the most appealing (and perilous) types.

“Criminals only enchant those who have not known many.” Have you known many criminals? What about folks who have a criminal mentality without ever committing a criminal act? Could you still be enchanted?

I’ve always been intrigued by those who reject social rules. When I was younger, this made crooks seem enticing — an attitude reinforced by just about every gangster movie ever made. But my later investigations of such types showed me that those who make a career of crime are usually just awful, monomaniacal, empty. And I’m not sure it’s possible to have a criminal mentality but not commit a crime — it’s like saying to someone you’re a sculptor who’s never made a sculpture. One can think about anything; it’s the doing that defines a person.

Venn describes friendship well and importantly, but clearly has no friends. How does he have this value and, along with it, “he insists on decency”? How is it that he is the one who can insist on decency? Does decency go along a little better with deception?

He considers humans to be a fundamentally self-interested species, prone to manipulation where it pleases them. And he recognizes his inability to change this fact, or to fill the world with decency. However, he also recognizes his own charisma and tries to use this to determine his immediate surroundings — to make them a setting for what’s right, as he defines it.

“The past simply outranked the present.” This is so often true, even when one should ignore the past in favor of what might become the future. Why is it so easy to dwell on what has already happened? Is it because we think we have the most chance of understanding something we’ve already experienced?

Past events sear themselves into us and, stripped of the chaos of ongoing experience, leave lessons or perhaps add a few grains to the present self. This is reinforced when, with each person we meet, we must say who we are, where we came from. We refer backward, and our past rises in power by that reiteration. The past is powerful not because we understand it better, but because it is our source of identity — even if we’re remembering wrongly or taking self-defeating lessons from it.

“Past is like overseas, still exists you’re just not there.” The future, too. This is Humphrey, the Russian’s, sentiment. Is this his way of teaching Tooly how to view the past without having to embrace it as a part of her character? As a part of what informed her character?

This is a secular way of coping with the arrow of time that it keeps going forward and — if you don’t believe in a heaven — then those you value may disappear, yourself included someday. There’s a philosophical theory called Block Time that Humphrey has read about. What is posits is that time is akin to space: The country of France doesn’t vanish just because you’re not there; nor does 1978. Since humans can only experience time forward, we can’t access those other time “places.” But all that was, still is. At least, that’s the notion.

She has a troubled relationship with women. She’s never really had a proper friend. As a little girl, she moved from one city to another, and therefore had few lasting allies. Later on, her cohorts were thuggish types; it was an aggressive world in which tender friendships weren’t easy. In adulthood, she’s had such a fractured past — and has grown so solitary — that Tooly is not sure if she’s capable of normal friendship anymore. She still longs for it, though.

Join in a group and lose integrity? Why? Is it a necessary sacrifice?

The two characters — Humphrey and Venn — who avoid groups do so for different but related reasons. The idea is that any group requires certain shared actions or views and, as such, anyone who belongs to a group must surrender part of their free will. This doesn’t necessarily mean a loss of integrity — but it can. Humphrey is steeped in the lessons of the 20th century, in particular the crimes of Nazism and Communism, and he sees any groupthink as evil. Venn, by contrast, grew up as a little kid in a hippie commune, from which he took two ideas: that the commune idea was hypocrisy and that its true message was one must do what one wants, regardless of society. He then applied that to attempting to create the ultimate self-directed life.

“People saw the world for what they were.” People generally tend to believe that life is what happens to them, but this can’t be true of the writer. What gives the writer the ability to see beyond his own nose?

In the end, can one be very poorly or, shall we say, “haphazardly” raised and still come out alright? Does it make traditional parenting unnecessary? Is it all a crapshoot?

It’s not just a crapshoot. Parents — especially the nervous variety — fear they are entirely responsible for their child’s fate. But they’ll also acknowledge what strikingly defined temperaments and personalities their children have. The nature-or-nurture debate is silly; it’s so obviously a combination of both. If your nature deviates radically from the norm, it may define your life. If your “nurture” deviates radically, that may define your development, too. In most cases, it’s a mix. But when it comes to haphazard upbringings, there are countless accounts of people who suffered misfortunes, cruelties, setbacks, and nevertheless survived, with fine achievements to boot. In a way, one can read the whole of human history as a case of this.