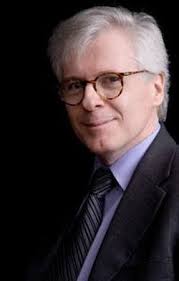 If journalists write history’s first draft, Thomas Mallon gives us a well-considered second look. An accomplished editor and writer of nonfiction, he’s best known for his array of historical novels covering the Lincoln assassination (Henry and Clara), politics in the late 1940s and 50s (Dewey Defeats Truman), and the world of Richard Nixon (Watergate). His latest, Finale, is a fascinating look at Ronald Reagan’s second presidential term and its aftermath.

During a wide-ranging phone conversation a few weeks ago, Mallon spoke about how he tried to approach the famously impenetrable Reagan, the importance of Merv Griffin and Christopher Hitchens to the new book, and why Gore Vidal remains the “maestro” of historical fiction.

Ronald Reagan is at the heart of Finale, but, like Edmund Morris and many others, you don't give us Reagan himself as much as you circle around him with other characters. Did you ever try to write the book from Reagan's point of view?

I really didn't. The only time the book goes into Reagan's point of view is in that spooky epilogue [which is set in 1996 when he was deep into Alzheimer’s]. At that point, you are seeing things from his point of view. It's the usual, closed third-person business, but it's not being filtered through any other character; it's sort of being perceived from the inside out. It's a tricky thing to do because he's obviously kind of compromised.

But you skillfully get inside Richard Nixon's head; he's prominent in Watergate and Finale.

[Those two books] are very similar in terms of scale, in terms of the number of characters who are point-of view-characters, and things like that, but you put your finger on the biggest difference between the two books right away. Reagan was such a mysterious figure to me that I did not think I could convey him from the inside out, except in that little epilogue. In a way, Alzheimer's is such a mystery that I felt, "Well, nobody really knows what that's like from the inside out, so maybe that would be sufficiently plausible."

Did Alzheimer's affect Reagan during his time in office?

I don't think it affected him significantly. People forgot that he was as old as he was because he looked good. He had been through not only the shooting, but I read elsewhere that after the cancer operation in '85, I think, he was noticeably more fatigued. He certainly knew how to turn it on for the camera. But he was, in the period that I'm writing about, a 75-year-old man. Some of it was kind of normal wear and tear, I think.

Okay: Merv Griffin. I think it's fair to say that no one would've expected him to be in a political novel. Was he a sort of court jester, comic foil?

He was quite close to Nancy Reagan. She spent a lot of time on the telephone. It was her favorite communication instrument; they talked a lot. I don't know much about Merv Griffin; he's really in there as a kind of voice. I can't remember, I might've toyed for a moment or two with making him a point-of-view character, in which case, I would have to have known a lot more about him. But I just sort of imagined him from having grown up watching his television show. I have a feeling that she let her hair down with him a little bit.

Speaking of interesting characters, it must have been great to bring back Christopher Hitchens.

He was a good pal. I wouldn't say I was an intimate — I was not one of those really close pals like Martin Amis — but I saw him pretty often in Washington. We were friends and had gone to dinner here a couple of times; I had been to a lot of his parties. I just loved Hitchens. Watergate is actually dedicated to him. He did not live to see the book come out, but I did send him the dedication page when he was sick, and we did communicate about it. I saw him a couple of times after he was sick, but not toward the very end.

Aside from being brilliant and contrarian and incredibly quick, he was in many ways a very gentle person. If people only know him from those clips that fill YouTube, where he's vanquishing somebody in debate, they don't really see that side of him. He was very tender.

I had fun writing him. The most fun I had in Finale was writing him and writing Nixon. With Hitchens, if I sat and thought really hard for a few hours I could sometimes come up with a line half as funny as he would've come up with in 15 seconds, just at the dinner table.

Hitchens and Gore Vidal had a famous feud. Of course, Vidal is considered one of the great historical novelists.

I knew Vidal slightly. I used to edit him at GQ. He was very nice to me, but he was somebody that I'm glad I never got to know any better than I did because I think the falling out would've been inevitable because he fell out with so many people. He was incredibly more difficult than Christopher was.

My very general take is that your books are people first, ideas second, and Vidal's are the other way around. How do you think your work compares with his?

He's the maestro. I wouldn't dare put my work on the plane his is on. Actually, I think you make a very good point, though: I do think that his work is more theme-driven than mine. He has these ideas of American history that he wants to convey. I don't really have large ideas about the country and the country's history that I want to convey.

I think I'm after, ultimately, something smaller. Mostly these are, as you said, more the stories of people and characters. I don't have a kind of large, thematic enterprise that's going. I mean, I certainly have opinions of what made the Reagan administration tick. In fact, one of the things I think that made it such a big administration — whether you liked it or didn't — and made it such a strange administration was that all of the people who were in it serving under the president spent so much time trying to figure him out.

It was so extreme in Reagan's case. He was a mystery. But I don't have a kind of thesis about America the way Vidal has; the "American Empire," as he used to see it. I think you're right in that sense. My books are somewhat less abstract, maybe even less cerebral than his.

There were things I learned from Vidal's books, particularly Lincoln. You never see Lincoln from the inside out in that book. Some of that same strategy applies in a book like Finale.

When I edited him at GQ, we did it in person, and I remember asking him in the Plaza Hotel about a book I was writing called Henry and Clara. I was having a little bit of trouble...I wanted to tell the story of their whole lives, and I was trying to interest the reader in these two children in the 1840s in Albany. How was I going to do that starting at the beginning? He immediately said to me, "Oh, I'd start with the bang-bang." Meaning: Start the book off with the assassination. I took his advice.

Some writers are superstitious about this, but can you talk about what you'll work on next?

I've got two novels left in me. I want to go back to the Civil War. I am going to write a novel, to some extent, that revolves around the siege of Fort Sumter. But the other one is a book that's on the same sort of scale as Watergate and Finale. It's almost not historical because it's almost too recent for that: on the George W. Bush administration. I was going to write the Civil War book first, but they said, "We'll take them both, but we want you to flip them. We want you to do the Bush book first. We want you to complete the trilogy." I didn't know I was writing one. I said, "Okay, the trilogy, I'll do that."