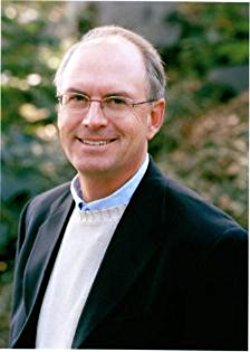 With apologies to Thomas Wolfe, for author Nathaniel Philbrick, going home again is less about a place and more about a time. Like an object in the ocean he so loves, Philbrick has found a relatively obscure 25-year-old book of his resurface and take him back to a point that he recognizes today as something of a midlife crisis.

The author of the National Book Award-winning In the Heart of the Sea, Philbrick has spent decades as an historian focusing on American history and the nation’s relationship to the sea. In Second Wind, which was recently reissued, he recalls a watershed time when the then-39-year-old reassessed himself as a journalist and emerged at the other end as something closer to the author he’d always aspired to be. We spoke in March.

What inspired the reprint of Second Wind?

Well, it had been published by a small press and had been distributed by Mill Hill Press on Nantucket. About a year ago, they began to run out of books, and so the question was what to do with it. I approached my editor at Viking Penguin, Wendy Wolfe, and they looked at it and they said that Penguin would like to come out with an edition, so that's kind of how it happened. It was kind of a surprise, a very pleasant surprise for me to see something from the past come back to life and hopefully find a new audience.

It must have been almost like a time capsule.

Absolutely. It's from a different time. It's a tale from long ago. This is 1992-93, before cellphones. The internet existed but it wasn't anything we were using much. My kids, who are now in their 30s, were 7 and 10. It was the year where I really found my voice as a historian.

In a sense, you are having a conversation with the you from 1992. Looking back, what do you think of that guy? What was he going through when he wrote that book?

I'm amazed at how much energy he had. I mean, he was a pent-up, frustrated writer who had been a stay-at-home dad, whose son [entered] first grade, giving his father ‘til 2:30 in the afternoon on his own, which was an unknown amount of time up until then.

So, I sort of just was ready to go for it, and that's when I wrote my first work of history, Away Off Shore, and I also, for some reason, decided it was time to go for a comeback [as a competitive sailboat racer] in the Sunfish class.

Looking back, I realize that the two were really intertwined. For me, the water is part of my approach to history. It always has been, and so this [book] is kind of the enactment of that.

You obviously knew you were going through some sort of change at that juncture in your life. Looking at it now, do you recognize it more clearly as a pivotal event in your life?

Yeah. At the time, when it was happening, who knew what was going on? I was feeling an excitement and kind of a daredevil need to go out and prove myself in some way. Now, almost 25 years later, looking back, I can see it was really an awakening. I sort of, for the first time, knew what I wanted to do as a writer. Up until then, I had tried a lot of different kinds of writing, but nothing had really settled in.

Working on Away Off Shore, the history of Nantucket, I had a “Wow, I can do this” kind of epiphany…The fact that I had decided to write the book I guess meant I had some understanding that it was personally meaningful in some form, and it's just nice from a very sort of selfish perspective to have that document of that year.

I'm just finishing up my third book about the Revolution. My last one, Valiant Ambition, ended with Benedict Arnold's betrayal of trying to turn over West Point in the late summer, early fall of 1780. This one begins right after that. It's called In the Hurricane's Eye: The Genius of George Washington and the Victory at Yorktown. It's really about that next year. It's just an incredibly action-packed year.

I have to ask you about Moby-Dick. You are clearly enamored of it and wrote about it in Why Read Moby-Dick? As recently as a couple weeks ago, I tried to read that book. I just find myself intimidated and I can't grasp it. What am I doing wrong?

Well, I don't know. For me, it clicked. I think it has to click for you on kind of a personal level. When I was 18, I fell for the voice of Ishmael. That first chapter where he's describing the city of New York on a Sunday, and the residents who have spent their week pent up in lathes and plaster make their way to the Battery and look out on the New York Harbor and the sea beyond, and what are the answers to that ungraspable phantom of life?

I was a kid in Pittsburgh infatuated with sailing, and that just…I was harpooned. You know, that was exactly what I was about, and so I sort of went for it. When you're 18 and you read Moby-Dick, you're not getting all of it by any means. It's just something I've returned to as I've grown older, and [it’s] different every time.

For me, it is kind of a personal Bible. It's got the meaning of what America is all about embedded in it. It's like trying to convince your friend to like your favorite song. That never seems to happen. Musical taste is so personal, and literary taste is that way, as well. I know when people tell me, “You’ve got to read this,” there's always a rebellious part of me that says, “Yeah, right.” All I can say is give it a try, and if it works, it works. If it doesn't, it doesn't.

An Interview with Richard Bausch

The short-story master and talented novelist discusses the writing life and his new 9/11-themed novel, Before, During, After.