An Interview with Kelley Clink

September is Suicide Prevention Awareness Month. Here, the author discusses A Different Kind of Same, her memoir chronicling the aftermath of her brother’s death at his own hand. 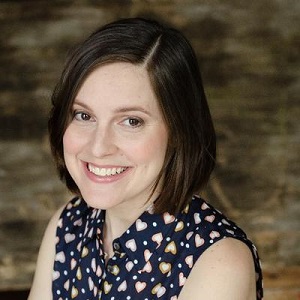 Memoirs seeking to come to terms with a loved one’s suicide are not rare — after all, suicide leaves the survivors with more baggage than does any other kind of death — but Kelley Clink’s A Different Kind of Same stands out. Hers is the voice of a sister grappling with searing guilt and grief following the suicide of her brother, her only sibling.

In this memoir, Clink takes the reader on the rollercoaster ride of trying to find her place in the world and peace with what happened. As she pieces together the last few months of her brother’s life, as well as shares her own struggles, she provides an intimate view of life inside mental illness and glimpses of how thin the line between choosing death over life can be. This is a book about learning to go on despite knowing life will never be the same again.

Do you think that suicide survivors can ever reach a point when they accept that a loved one’s suicide is not about them? Or is the guilt of not having been able to “do something” to prevent it eternal?

My guilt has eased considerably over the years, but I’m not sure that survivors ever completely stop wondering if there is something they could have done. I think what happens is that your life rearranges itself around that question, and the question itself gets smaller and softer, until finally it’s just a whisper. And then you don’t have to answer it anymore. You just listen and hold it gently.

In your opinion, how much of a role does love of self play in suicide prevention?

Self-love plays a huge part in prevention. So many people attempt suicide because they feel they aren’t enough: good enough, smart enough, kind enough, special enough. They feel they aren’t necessary or are a burden. You can tell someone how important she is (and you should, often), but at the end of the day, we all need to believe it about ourselves. Once I was able to see that my depression wasn’t a weakness, that all my messy, imperfect pieces were just as important as all my shiny, pretty ones, living became an easier choice.

It struck me that places were pivotal in your journey through grief — your brother’s grave, his student apartment, even the Pacific Ocean. Do you feel that certain places have to be experienced, and can they provide illumination? Healing even?

That’s a tricky one. I would say yes, there are certain places that can provide illumination and healing, but we don’t always know where they are. The Pacific was like that for me. I didn’t sign up for a surfing lesson with the intention of making peace with where I was in the grieving process. It just kind of happened. On the other hand, I heaped my brother’s grave with extremely high expectations and, although the visit was necessary, it wasn’t the experience I wanted to have. Maybe the most important ingredient to healing is to show up, pay attention, and take whatever a place gives you, even when it isn’t what you want.

You tried so hard, in the beginning of the book, to find your old self again, to get your old life back — a common reaction to any kind of traumatic event. What insights do you have that might help others reach the realization that healing can only come from accepting the new reality?

Definitely. I think what I feared most was the knowledge that I was the only one who could carry my particular pain. It was so big and so heavy; it didn’t seem possible that I could do it on my own. I thought that maybe, if I could find someone just like me, we could combine forces and carry our pain together — which is, ideally, the point of a support group. Of course, what we all discover in a support group is that everyone has to carry their own pain, but we can drink coffee and eat donuts together while we do it.

In the aftermath of your brother’s death, you rekindle a friendship with a self-destructive friend of his — hoping that helping him would offer redemption. Am I right that this relationship led to a major turning point in accepting what you have control over and what you don’t, and also in learning that you need to protect yourself to survive and live well?

Yes. I was intent on “saving” my brother’s friend, but I had no idea how to set boundaries or offer healthy support. What I did — accepting middle-of-the-night phone calls, avoiding confrontation, keeping dangerous secrets — was nearly as self-destructive to me as his repeated suicide attempts were to him. You can only help someone as much as he is willing to be helped. And if you aren’t taking care of yourself, you can’t help anyone. That was an extremely painful lesson, but it’s one I’m glad I learned.

Through much of your book, the narrator is at war with herself, punishing herself in various ways, even though she has a loving husband and supportive parents. Would you say that writing this book, finding the narrative in all the tragedy and struggles, helped in finding peace with yourself?

Absolutely. Studies have shown that our memories of traumatic events are fragmented. Writing about our experiences, piecing them together, and finding meaning in them helps us heal. I think this can also be achieved through other art forms: photography, painting, music, or dance. Honestly, art is the only way I know to make sense of life. For anyone out there suffering: Grab a paintbrush. Pick up a camera. Buy a journal. You don’t have to show any of it to anyone. But do it, make something. It will help.

For all the tragedy and struggle your memoir explores, I found that it is ultimately a celebration of siblinghood. You masterfully captured this unique relationship of growing up together, of love, sharing, and joy, as well as jealousy, pettiness, and growing apart. You became a mother last year, and I wonder what your take is now on the unique relationship one has with a brother or a sister.

I didn’t actually feel a longing to become a parent until after my brother died. But as soon as I felt that pull, I knew I wanted more than one child. Childhood is this scary, weird, magical experience, and I was lucky enough to share it with someone as scary, weird, and imaginative as I was. I know not everyone has the same experience with his or her siblings, and I don’t really know what it’s like for that relationship to evolve throughout adulthood, but I know I want my son to have something like I had.

Could you speak a bit about the role this book played in your development as a writer and your writing plans for the future?

I learned everything I know about writing while writing this book. I had a graduate degree in literature when I started working on it, but I’d never done any creative writing before. I had no idea what I was doing. I wrote a lot of thinly veiled fiction and terrible essays. I wrote a lot of angsty poetry and rambling journal entries. Eventually I discovered a writing workshop. Then I spent another four years or so learning as much as I could from instructors and other writers and bumbling my way through. In fact, I bumbled my way through up until the manuscript went to the publisher.

Right now, I’m bumbling my way through motherhood and enjoying writing about mental health and parenting, but I do have an idea — and some material — for another memoir. It’s in the earliest possible stage, the stage where I’m writing about writing it without actually writing it. But soon — I think? I hope? — I’ll be ready to sit down and start bumbling on the page all over again.