An Interview with Justin Sayre

The novelist/performer discusses his writing process, his favorite operas, and capturing tween angst. 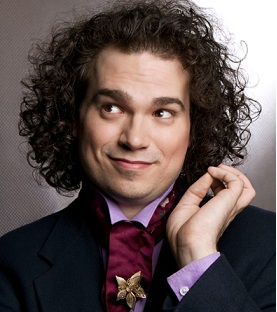 Husky is the debut middle-grade novel by writer/comic-performer Justin Sayre. The story follows the last weeks of summer for Davis (also known embarrassingly as “Ducks”), a 12-year-old boy growing up in Park Slope, Brooklyn. Middle school starts soon, and with its complex social hierarchies, everything is changing around him. His friends have new interests and his mom has a new boyfriend. Worst of all, Davis’ body has changed; he is now in the not-thin-but-not-fat range. Nothing feels right — socially or physically. The only solace he finds is listening to opera.

Husky is told in Davis’ voice. Sayre captures the natural speech patterns of contemporary tweens. At the same time, it reminds one of middle-grade classics like Judy Blume’s Are You There God? It’s Me, Margaret and Louise Fitzhugh’s Harriet the Spy. Sayre tackles complex issues like sexuality and male body image while being refreshingly honest and, occasionally, humorous.

Was it difficult to switch from writing screenplays to writing fiction?

Well, I pulled a cheat, I think. I wrote the book as a series of stories all told in Davis’ speech pattern. I wanted the book to sound like him and relied upon a sense of dialogue over prose to write this book.

What are your favorite middle-grade novels?

Well, I didn’t really read many middle-grade novels when I was that age; I was more addicted to biographies of movies stars like Ava Gardner and Lauren Bacall. That being said, as an adult, I read quite a few and I was really so in love with Jacqueline Woodson and R.J. Palacio, and also classic writers like Lois Lowry and Judy Blume.

Body acceptance plays a big role in this novel, and gay men in particular are susceptible to dysmorphia. How will Davis deal with this issue?

Well, Davis has a problem with perception, and his weight is the greatest complication to that. He sees his weight as a barrier to his wants, when in fact, the very opposite is true. As he grows and develops in the next story, I think his complaints about his weight will become more of a crutch to call upon when he feels overwhelmed. The "husky" adjective is his way of placing himself outside, and that is never a place he wants to be.

Other people, particularly the character Allegra, know that Davis is gay before he does. What were the challenges of writing about a middle-grade-aged gay kid?

I think the challenges for writing any kid right now is how much sex is too much or too little to be truthful to their experience. Kids at this age are just beginning to understand their sexuality, across the board, and the pressures of that, whether gay or straight, can be pretty intense and overwhelming. The challenge with writing this particular book was that I didn’t want the book to be a coming-out novel. I wanted to write about a sensibility, a pre-sexual gay person. In that way, the novel was easier.

Husky is a subtle novel about small moments. You are also a comedian and performer. What were the challenges of getting inside an introvert’s head?

Who says I’m not an introvert? I’m sorry to make a joke, but I can be shy and withdrawn very often, and many times am. The stage is a place of safety for me now, but that is because I’m separated from my audience. It’s a learned skill rather than a way of life.

Finally, I have to ask — what is your favorite opera?

Well, that’s a tough one. I most always go to Bellini’s “Norma.” But give me a good “Andrea Chénier” or “Tales of Hoffman” any day.

Craig Laurance Gidney writes contemporary young-adult and genre fiction. His first collection, Sea, Swallow Me and Other Stories, was a finalist for the 2009 Lambda Literary Award in the Science Fiction/Fantasy and Horror category. Bereft (Tiny Satchel Press), a YA novel, appeared in 2013. Skin Deep Magic (Rebel Satori Press) is his third book. Gidney lives and writes in his native Washington, DC.

An Interview with Barbara Quick

The novelist talks family strife, Russia, and the influence of Brahms’ Second Symphony.