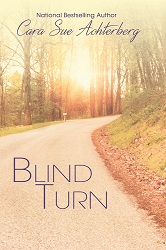 Mothers fear for our children’s safety and futures. Invincible kids have a hard time believing that one stupid, split-second decision can cascade. Sometimes, a single moment separates decision and disaster.

The 1996 film “Sleepers” has always fascinated and terrified me. In it, a group of boys play a silly prank that results in a man’s injury. They are sentenced to a detention facility where the guards abuse them, forever damaging their emotional stability. The ripple effect is far-reaching not only for the perpetrators and the victims but also their families. Fair or not, parents pay for the crimes of their children.

Sixteen-year-old Jess Johnson’s life implodes after she hits a man while driving. Her resulting head injury prevents her from remembering the accident, but she can’t believe what the police — and her best friend, Sheila, who was in the passenger seat — are saying: that her phone distracted her. Jess has never texted while driving in her life.

The man she killed was the football coach at her high school, a hero in their East Texas town. Within a day, Jess morphs from a popular honor student to a girl receiving death threats. The brutal judgment of the community makes her want to die and causes alienation for her mother, Liz.

Achterberg explains that her inspiration for the novel began with “mom fears.”

“I was parenting teens and teaching my oldest to drive, which is by far the hardest thing I’ve done as a parent, when I read of a horrendous crash in a neighboring county. A young driver hit a truck with a family of four inside and killed all of them. The story haunted me. I wrote through my worst nightmare.”

Blind Turn takes place in a conservative town that reveres football, and where religious hypocrisy is rampant. Achterberg chose this setting to highlight how the circumstances and people involved in an incident can magnify blame.

Liz, Jess’ mother, knows what it’s like to be vilified in town: Her devout parents banished her when she got pregnant with Jess as a teenager, causing a scandal they could never live down. Liz knows that “for a country founded on Christian principles, the concept of forgiveness can be sorely lacking.” The people of Jefferson, Texas, “only see in black and white; gray is too complicated.”

While dealing with her shame over the accident, Jess is charged with criminally negligent homicide. Some in town post online that they should use Jess as an example, even calling for the death penalty.

Achterberg explains that “social media intensifies the anger and judgment of a community, giving it a mouthpiece. Where, in days past, people might have shaken their heads, avoided a person, or confronted them, now it’s so much easier to pass along the hate and judgment anonymously and continuously, magnifying it.”

The author explores multiple themes in the novel, from blame and guilt to compassion. “I often circle back to judgment and forgiveness,” she explains. “Those are two powerful pieces to any life. I don’t think we are born judgmental or prone to forgiveness. We have to learn both, but we spend a lifetime unlearning judgment and realizing the importance of forgiveness.

“As far as owning responsibility — we have a dearth of it in the present moment. It’s a subject I will return to. It’s easy to own the good stuff, much harder to take ownership of your mistakes and poor judgment. It’s the only way we will ever learn, though, and I’m a big believer in mining your own screw-ups and bad outcomes to find the gold of wisdom.”

She continues, “Jess starts out the story as a typical teen — obsessed with her tiny world of high school, appearances, boys, and running track. She is also determined to escape their small town and go to college. When that is stripped away in a moment, she flounders but eventually figures out what is important — making and owning her decisions, loving and helping others, and looking beyond herself.”

Although everyone makes mistakes, some alter our lives more than others. Achterberg reminds us that “all our lives are interwoven. Everything we do, every choice we make will matter to someone, somewhere. We don’t live in a vacuum.”

Parents want to protect their kids, but at a certain point, there is only so much they can do. “There comes a time when we must insist they stand on their own,” Achterberg says, “We can no longer shield them from danger, either emotional or physical. But the urge to protect them is instinctual.”

She hammers home the message that we’re more than just the decisions we make. “Just because we make bad choices, we are not bad people. Too often, we are quick to judge someone based on one incident, comment, opinion, mistake. It’s a lot more work to understand people or see beyond an error in judgment…My message is that your choices matter, but they don’t define who you are.”

K.L. Romo writes about life on the fringe: Teetering dangerously on the edge is more interesting than standing safely in the middle. She is passionate about women’s issues and loves noisy clocks and fuzzy blankets but HATES the word normal. Find her on Twitter at @klromo and on Instagram at @k.l.romo.