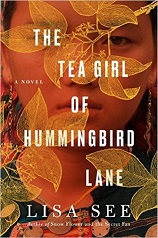 Because the publishing industry loves to chase a trend unto the last cliché, I have been following the recent surge of novels depicting transracial adoption with both hope and trepidation.

After reading The Tea Girl of Hummingbird Lane by Lisa See, The Leavers by Lisa Ko, and Everybody’s Son by Thrity Umrigar, trepidation is winning.

The three authors are talented wordsmiths who have fashioned eminently readable stories. See’s book is meticulously researched, immersing the reader in the tea culture of the Akha hill tribe of China. Ko’s debut novel is a heartfelt exploration of America’s deeply flawed immigration policies. Umrigar keeps the pages turning with a fast-paced story of the political elite.

But when it comes to depicting transracial adoption, these three very different books deliver the same damaging message: Transracial adoption is an unnatural rendering of blood and cultural ties. Everybody’s Son and The Leavers explicitly equate transracial adoption with kidnapping and child trafficking, as the mothers do not willingly give up their children who are snatched away by the state.

In Tea Girl, the mother defies superstitious tradition by abandoning her child rather than killing her. None of these mothers surrender their children for lack of social and/or financial resources, like many real mothers who give their children up for adoption do.

These novels offer sympathetic and nuanced portraits of the long-suffering mother with a complicated past, while the adopted child is a cardboard cutout onto which the authors have pasted every insecurity, challenge, and dilemma unearthed during research into the adoptee experience. In real life, every adoptee’s situation is different, and yet in these novels, all transracial adoption stories look the same.

And the biological fathers? They are either dead or completely out of the picture. Apparently only mothers feel mystical connections to their absent offspring.

If there are villains in the story, they are the adoptive parents whose white privilege makes them woefully unequipped to guide their children through a difficult adolescence. They demand that their children be grateful for a being “rescued” to a life of privilege and ease, and either seek to eradicate the stereotypical attributes of their child’s ethnic origins or go overboard in incorporating the cultural traditions of their adopted child’s birthplace into their American life. Though they may be well-meaning, theirs is a one-sided love.

I wonder if the editors who acquire these fairy tales ever consider how they are exploiting a vulnerable population by pushing narratives that characterize adoptive parents as selfish and clueless, and birth mothers as forever yearning to find the children they gave up. I wonder who the authors think they are serving by writing these trite tales.

On the subject of cultural appropriation, I’ve argued that authors have every right to create characters of other ethnic groups, but if they want to avoid criticism, those characters should be treated with respect and empathy, and not just as vehicles to further the plot or make a point. In these three novels, the adoptees are little more than convenient foils for the authors’ musings on race relations and the imperative of genetics.

It is indisputable that transracial adoptees have issues. All adoptees must grapple with feelings of abandonment and questions of belonging, made more acute for the transracial adoptee by the glaring physical differences between her and her family. As she becomes more aware of social opinion, she internalizes the constant reminders that she is an imposter, that her real home must be elsewhere, that she is a perversion of natural law. Novels like these reinforce those harmful ideas.

Alice Stephens knows that honest novels on the transracial-adoption experience exist because she has written one. Despite dozens of submissions, the novel is still seeking a publisher.

The Age of Innocents

There’s nothing like those years spent reading to your kids

When white people get agitated about cancel culture, I just have to laugh. It’s either that or scream.