A Poetics of Save Points

Or, in defense of video games. 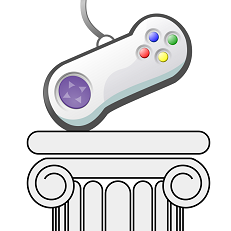 For this latest installment of “Nerd Volta,” I have asked the multi-award-winning poet, memoirist, scholar, and teacher Anthony Moll to write about the influence of video games on their collection, You Cannot Save Here, which won the 2022 Jean Feldman Poetry Prize. This was a chance to hear from someone putting some of those nerd aesthetics into the direct action of writing literature. Enjoy the read, and save often.

I often tell my students something I’m not sure all my colleagues (at the college where I teach, but also across my field) agree with: Video games — like television, film, and pop songs — aren’t just like literature. They are literature.

There’s a huge conversation lurking here — one about text v. screen, about the purpose and definition of literature, about mass market v. humanistic goals, about an imagined “high” and “low” culture — but ultimately, my position is a simple one: Stories, plays, and poems can be important to our lives, our communities, and our writing regardless of medium.

Maybe there’s a line between one thing and another, but for me, that line just isn’t that interesting. I am happy instead to acknowledge that my life — and, by extension, my writing — is influenced from every angle: by both the work of poets laureate and the 16-bit RPGs I was raised on. High opera and emo and hip-hop. Lowell and Gunn and Rukeyser and Abduraqqib and Wentz. Queer theory from Foucault to Propagandhi. Patroclus and Celes Chere alike.

I’d love to claim that this is some radical queering of poetic influence and allusion, but it’s not as if it’s an entirely new move: This is what the modernists of 100 years ago were praised (and condemned) for doing. Before them, Whitman called for the breaking down of boundaries as he wrote sex jokes and odes to his nation in the same epic poem. Hundreds of years earlier, John Donne was putting science and faith together in poems — tradition and revolutionary ideas, the metaphysical and the local gossip, all posed on equal ground.

This fall, my second book, my first collection of poems, will be published by Washington Writers’ Publishing House. Though it’s not about video games, they’re as tied into the fabric of the poems as anything I studied in graduate school.

Some of the poems do make direct reference to video games, though, just as they do the paintings of John Martin, the poems of Mary Oliver, or the gods and monsters of ancient myth. All of these texts have influenced my writing; they all float together in the soup of my consciousness. Just as that moment in The Great Gatsby, looking across the water at the green light, sticks in the brains of so many Americans who read the book in their youth, the death of Cid Del Norte Marguez, alone with his surrogate daughter on a lonely island after civilization has collapsed, attaches itself to my memory.

Even my collection’s title, You Cannot Save Here, is meant to evoke salvation, apocalyptic warning, and the language of the digital world, but it also arrives directly from the vernacular of video games. Long before autosave was a standard feature, saving one’s game had a much different function.

“Getting to the next save point” meant hoping one had the time, resources, and constitution to make it through the challenges laid out ahead. It meant hope for arrival at a place where one could catch their breath, rest, and set anchor in a way that convinced us we were only moving forward, that we wouldn’t lose any ground.

It’s something we ache for in our real lives here the modern world, especially as disasters pile up around us. It is also something that feels less and less within our reach with each catastrophic moment.

The challenge with such untethered allusion — when I do it, when you do it, or when we’re reading things like “The Love Song of J. Alfred Prufrock” — is the matter of audience and how much work they must do to get where the poet wants them to go.

When T.S. Eliot does it, he’s assuming a high threshold of knowledge about the “Western canon.” For my own work, ignoring the division of “high” and “low” culture asks the reader to do this work in both directions. Perhaps you noticed it even in this essay: How many people know Cid Del Norte Marguez, John Martin, Fall Out Boy, and Muriel Rukeyser?

So, who is the ideal reader for such work? I’m not sure I have an answer, but I do know that people who read Eliot in the 1920s didn’t have instant access to all the world’s knowledge on a device carried with them at all times.

I also know that I’m not alone in the way I care about video games as literature. Scholars like Katherine Isbister are doing research and teaching courses on the subject. Authors like Brian Oliu are writing books that reflect on video games in creative, literary ways. A few years back, my host here, Steven Leyva, gave us another poetics of gaming, sharing specifically what video games can teach poets. There are even entire literary journals dedicated to new literature inspired by video games and their growing history!

So, I reject an elitism that might roll its eyes at the influence of video games on writing, on our culture generally. Literature tells us something about being human, broadly or narrowly, in both the “big questions” sense and the smaller, “what is this feeling” sense. Not every video game does this for us, but the best ones can, just like stories on the page. Beautiful stories are being told in this medium, and those stories influence our lives, our thoughts, and our writing.

As a scholar of literature, perhaps the best thing I can leave you with in order to convince you is to offer a reading list, just as Steven did in that earlier essay. Here are some video games that have mattered to me:

Anthony Moll is a queer poet, essayist, and educator. Their work has appeared in Hobart, Little Patuxent Review, Poet Lore, jubilat, and elsewhere. Anthony is a Ph.D. candidate in English and holds an MFA in creative writing and publishing arts. Their debut memoir, Out of Step, won a 2018 Lambda Literary Award and the 2017 Non/Fiction Prize. Their upcoming collection of poems, You Cannot Save Here, won the 2022 Jean Feldman Poetry Prize and will be released this fall by Washington Writers’ Publishing House.

We Usually Take All Nerdy Guests

How introducing my kids to the Wu-Tang Clan reminded me of art’s endurance.