Authorial advice on making the switch to fiction 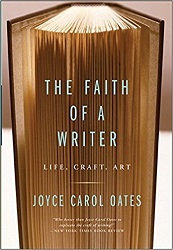 When I first contemplated writing novels, I was very insecure.

It wasn’t because I couldn’t write. After all, I had written hundreds (maybe thousands) of articles for various newspapers (including the New York Times), won journalism awards, and even was featured in a couple of anthologies.

As a two-fingered typist (which I still am), I could knock off a thousand words or more lickety-split that rarely needed much editing before they were published. It didn’t matter if I was using an IBM Selectric (remember those?) or a computer, I could write a story if I had the facts. I’m not bragging. That’s just the way it was. Believe me, I wish I could hit a golf ball with such facility.

But I knew that writing fiction would be different.

(Now is the time for all the snarky remarks about how working for the Times is good training for writing fiction. That’s not true, but get it out of your system if it makes you feel better.)

So, I did what many nervous nascent novelists do. I started reading various books on writing by famous and not-so-famous authors of both fiction and nonfiction.

The “not-so” books were generally written by folks out to make a quick buck. They had titles like How to Write a Bestseller in Seven Days, or How to Write a Bestseller in the Shower, or How I Made a Million Dollars Writing Amazon E-Books. I didn’t spend a lot of money on these. Many I got from the library. Those that sold for 99 cents on Amazon now reside in my Kindle. Believe it or not, some of the advice was good, particularly on how to promote books.

But the books I found most useful were by those by authors I admire. I actually bought the print versions, which should tell you something. I won’t go into detail on any of them in this column (but will in later ones). In no particular order, they are:

How to Write by Richard Rhodes. Rhodes supported his family and put two kids through college writing magazine articles (for Playboy, Rolling Stone, and the like) before becoming famous for his books, including The Making of the Atomic Bomb, which won the Pulitzer Prize and is the most interesting history of physics I’ve ever read. Rhodes is such a craftsman, I read it twice.

Ernest Hemingway on Writing. Basically, a series of letters, divided by chapters according to subject, that Hemingway wrote to editors, other writers, family, and friends in which he explained his philosophy of writing and commented, sometimes very candidly, on the writing of others. The New Yorker just did a nice piece on Hemingway, arguing that while he has fallen out of favor, he probably shouldn’t have. His naysayers claim he was overrated. At his best, he proved they are.

The Faith of a Writer: Life, Craft, Art by Joyce Carol Oates. The New York Times said: “Who better than Joyce Carol Oates to explicate the craft of writing?” I agree, even if I had to look up the meaning of “explicate.”

On Writing: A Memoir of the Craft by Stephen King. When you write 30 worldwide bestsellers, attention must be paid. Worth it just to learn of King’s struggles to get published.

The Spooky Art: Some Thoughts on Writing by Norman Mailer. Why spooky? Mailer says: “There is no routine of an office to keep you going, only the blank page each morning, and you never know where your words are coming from, those divine words.” I’m not a big Mailer fan, but truer words have never been written. His discussion of first person versus third person is also great.

On Literature by Umberto Eco. Novelist, critic, philosopher, semiotician, and university professor Eco, who died last year, is most famous for The Name of the Rose, a murder mystery set in an Italian abbey in 1372. Great book and great movie (starring, of all people, James Bond; I mean, Sean Connery, as Brother William of Baskerville who arrives from England to investigate). On Literature is a collection of Eco’s essays and lectures. Translated from Italian, it proves that there is no language barrier to great writing. (And, yes, I also looked up “semiotician”; it means someone who’s an expert on “signs and symbols as elements of communicative behavior.”)

I also have several other books on writing, some of which have collected the thoughts of many writers. I will save those for future columns, as well.

Lawrence De Maria, once a Pulitzer-nominated New York Times reporter, has just released his 17th self-published novel, Shadow of the Black Womb, an Alton Rhode mystery, on Amazon.com. His books are available at ST. AUSTIN’S PRESS (BOOKS BY DE MARIA). He is now thinking about writing How to Write a Bestseller While Three-Putting.